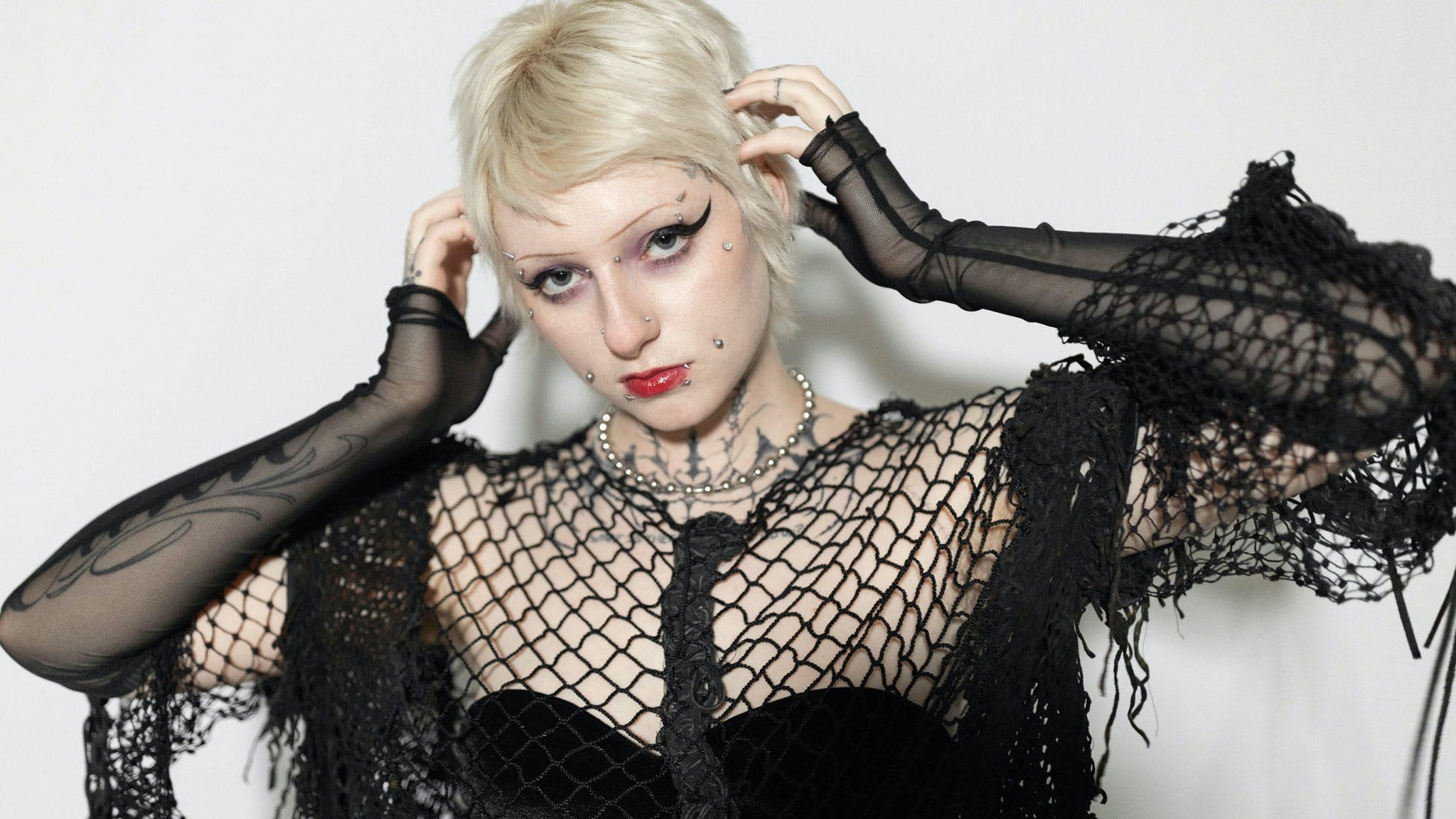 It took locking away the noise of the outside world for Thea Taylor to truly find her voice.

Growing up the youngest of 10 siblings in an oppressive Mormon household under the Southern Californian sun, the artist better known as carolesdaughter always knew that she had music inside her. Trapped by her buttoned-down existence, however, she took a darkly circuitous route to letting it out. The drugs with which Thea first experimented aged 11 initially offered escape, but soon created their own kind of entrapment. It was only in the long silence of rehab that the infectious bittersweetness in her soul finally fought its way to the surface.

“I had no phone, no new music coming in, no outside influence,” she remembers today. “All I had were some self-help books, my guitar, and what I already knew. It was a very true inspiration in that I had nothing else to write about except what I was feeling, what I was going through. Being in treatment, with that occupying my mind 24/7, what came out was very emotionally vulnerable. Music has always been my therapy, in a way.”

Thea’s please put me in a medically induced coma EP is a belated chronicle of her longest period in treatment, written through her mid-teens. The breezy alt. pop of songs like Trailer Trash and Dead Boy (in my room), she explains, is a combination of her parents’ favourite acts (The Carpenters, Dolly Parton, Earth, Wind & Fire), the edge of her own heavier gateway bands (Black Veil Brides, Motionless In White), and the wounded honesty of SoundCloud stars like the late Lil Peep and Juice WRLD. More importantly, it became the blueprint for her continued processing.

“I think that I’m trying to make sense of things with my music as much as anyone else is,” she smiles. “I haven’t had a lot of normalcy in my life. Sometimes I’ll think, ‘How was I doing those things at that age? How is this real?!’ But people should know that my songs aren’t about finding resolution. I don’t want to be like, ‘Oh, but I’m okay!’ at the end of the song. I’m not. Sadness can be what makes [great] art. Not everything needs to be fixed.”

Thea is more than ready to move on up, however. Recent single xo i hope you die is a more complex offering, complete with outsized production influenced by Kanye West. Having graduated from “internet person” to in-the-flesh performer with her first U.S. solo run and an arena tour alongside Machine Gun Kelly, she’s ready to take her first steps internationally, including supporting Pierce The Veil. She signs off by excitedly chatting about “slower, softer” recent single sunshine and roses, tantalisingly drawing comparisons to Radiohead’s modern classic In Rainbows.

“It’s good to feel good about your music,” she grins, boldly. “And I feel so good about what’s coming up. As long as I can be sad, I can be anything.”

carolesdaughter tours the UK with Pierce The Veil this month. This interview was originally published in the autumn 2022 issue of the magazine.

Read this: carolesdaughter: “I was drawn to extremes… so felt like I never belonged”

The Sound Of 2023: The new artists changing heavy music

From fuzzy garage-rock and razorwire hardcore to infectious alt.pop and self-described bimbocore, 2023 has a lot to offer. Here’s our pick of the rising stars who’ll carry alternative music onwards and upwards over the next 12 months…

“This EP feels like my introduction to the world…” Listen to carolesdaughter’s highly-anticipated debut, please put me in a medically induced coma.

Meet Me @ The Altar vocalist Edith Johnson brings you the best new artists to check out now, including chloe moriondo, Dying Wish and carolesdaughter…