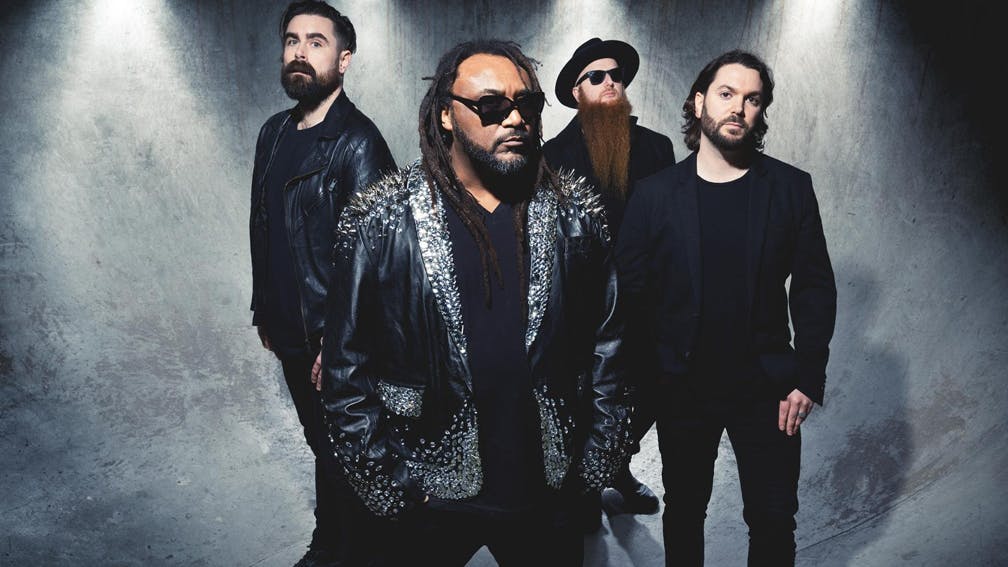 This weekend's epic Bloodstock 2019 has only just finished, but the festival have already announced the first batch of main stage bands for next year.

The Catton Park bash will be hosting Vio-lence in their only UK show of 2020, as well as Sacred Reich, Skindred, Black Dahlia Murder, Dark Tranquility and Butcher Babies.

Check out the announcement video below:

Kerrang! recently caught up with Sacred Reich’s Phil Rind to discuss the band's new album Awakening – and how it's their best release yet.

"It is! It absolutely is," Phil enthused. "I’m not going to sell it on any other bullshit reason, other than it is our greatest record. Every band says it, but this record is so fucking heavy. I would start crying after listening to it when it was done. It’s 20 years of my life on that record, dude. It doesn’t matter if people connect with it or don’t. It’s all out of our control. It doesn’t matter if nobody buys this record or goes out to see us. At the end of the day, it’s just a rock record. It’s going to be exactly how it’s supposed to be."

He also spoke of using metal in a positive way: "I’ll tell you, man, the new record is called Awakening, and the first track is about breaking through depression and negativity. Like, you’re stuck in a deep, dark place and then you get through it in a positive way. We have a song called Salvation on it, and it’s all about music. Playing festivals and meeting new people. I’ve had people come up to me and say songs like Who’s To Blame saved their lives, and that’s just really fucking powerful. I know it’s not about me, but if I can help a person in a tiny way, it’s awesome. I think the reason music is the greatest art form because it creates a real connection between people. When people get depressed, they feel a disconnect. We’re not meant to be like that. We’re all interconnected, and music helps that connection. There’s someone out there that feels like me, which is fucking amazing. Music is the best."