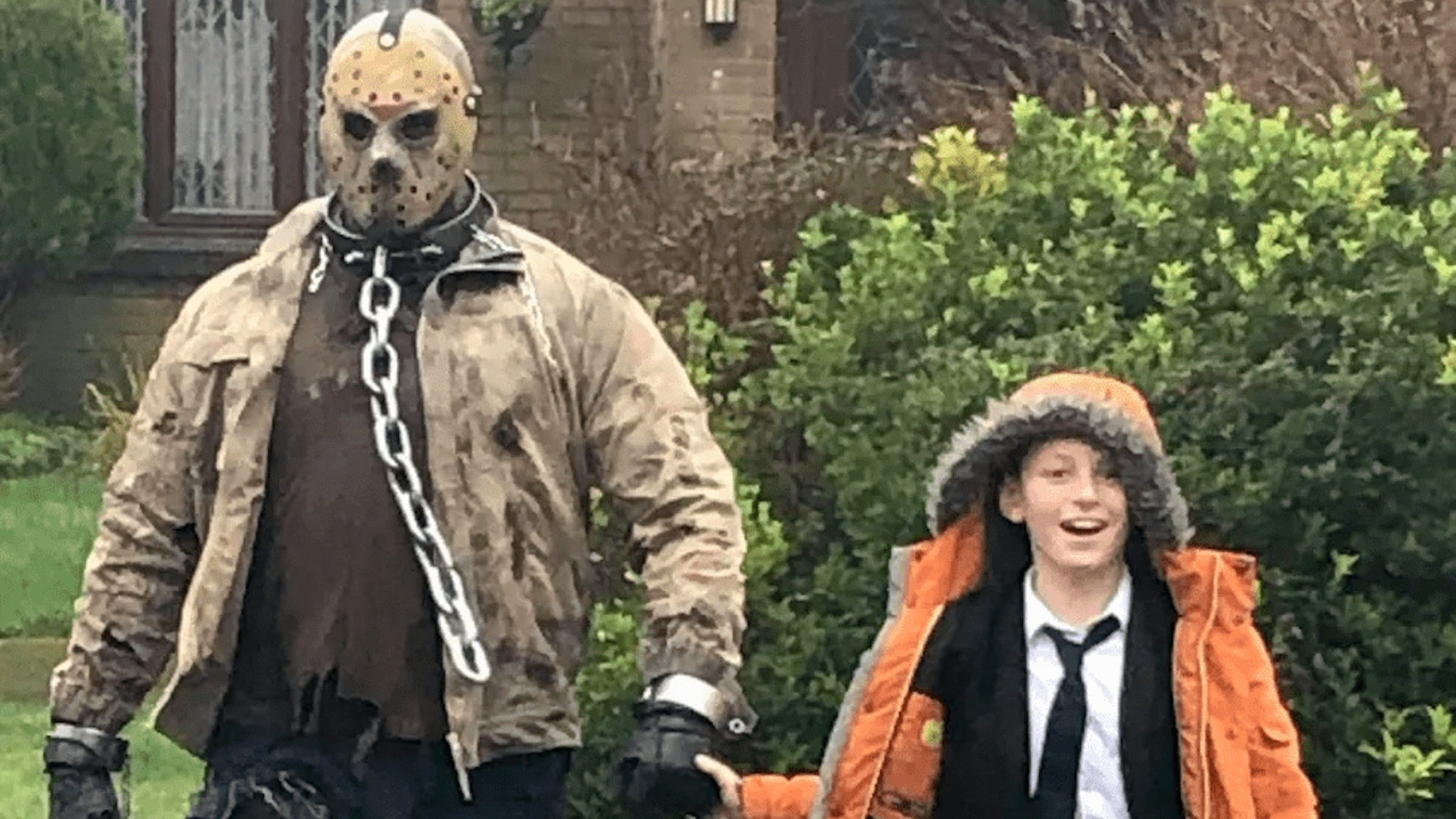 It's always sweet when a child gets to meet their idol. Usually, that means going backstage at a concert or sporting event, or maybe even a home visit from a very special celebrity in town. So when one dad in Plymouth got a very special request from his son, he decided to make it happen -- except his son's hero was cinematic serial murderer Jason Voorhees.

According to GeorgeTakei.com, Sam Murphy wanted to give his son Carter a special treat for his birthday. When he asked what Carter wanted, he said that it was to be picked up from school by Jason, the villain of the Friday The 13th franchise. Not one to disappoint his son, Sam enlisted the aid of Cornwall special effects artist Tony Gartland, who went all out in his depiction of Jason before picking Carter up from school.

"I spoke to the school about it and they said they didn't want Jason waiting at the school gates so he had to be round the corner," said Sam. "It was quite a nice experience, he was walking down the street holding hands with Jason. He has issues with touching, he won't hold my hand.

READ THIS: Someone put a statue of Jason Voorhees in a lake for divers to find

"Carter hasn't shut up about it," he continued. "Jason gave him a t-shirt and he hasn't taken it off since. I can't get it in the wash. Jason came into the house with his shoes on and Carter said, 'Dad, Jason left his shoes on' and I replied, 'Well, I'm not telling him to take them off.' They went to his bedroom and Carter was showing all his favorite toys, he showed him everything. Carter then brought Jason downstairs and then he had to go, and I said we'd drop him off in the city center so he could go on a killing spree."

You only wish your dad was this awesome.

READ THIS: 13 of the best songs about bad luck