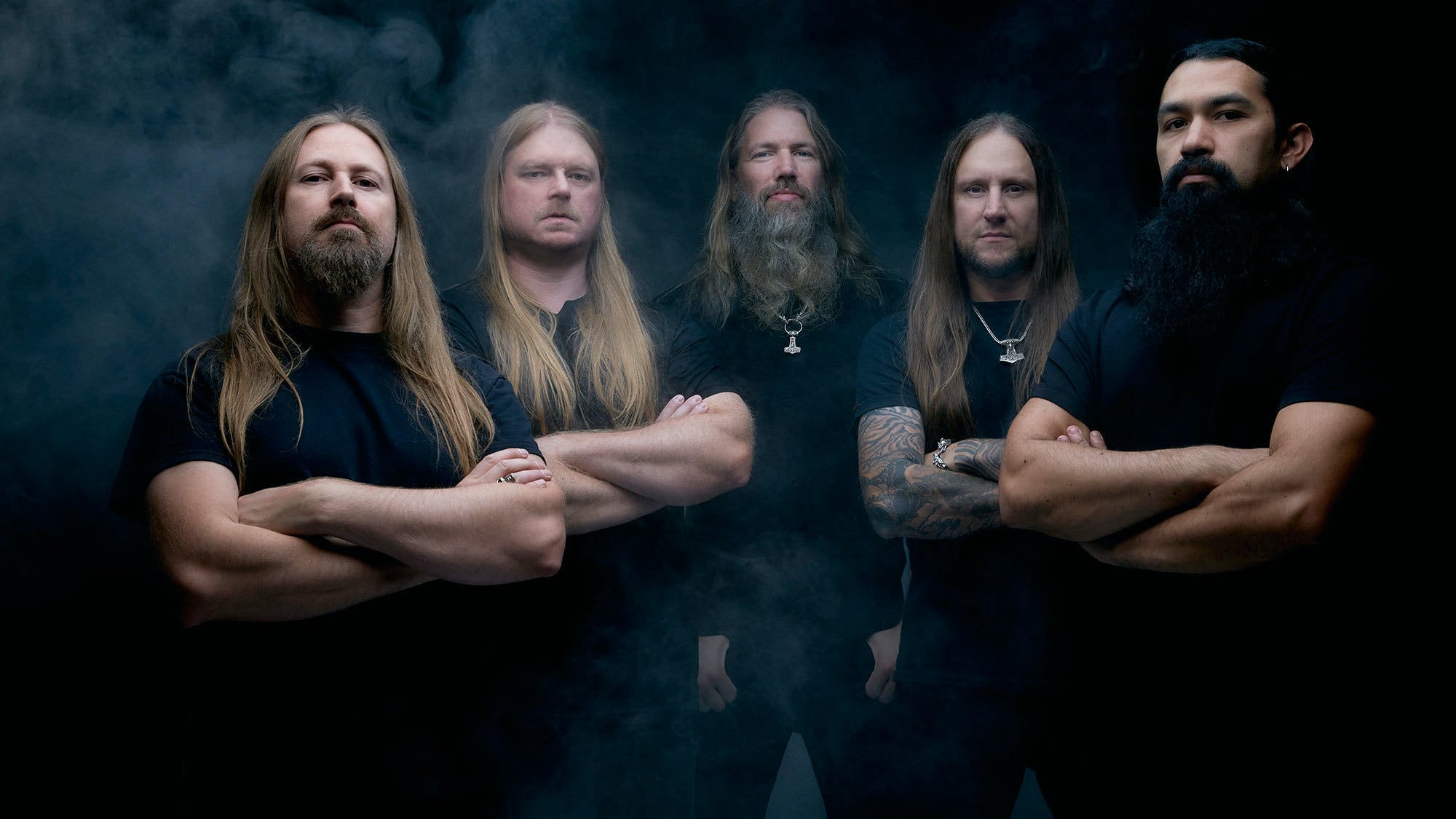 With all of the North American tours that have been announced this year, there hasn't been a huge influx of straight-up, no-apologies European death metal rolling through the states. But now Viking metal kings Amon Amarth have announced that they're embarking on a headlining tour this fall, and they're bringing an awesome line-up of their countrymen with them: arena metallers Arch Enemy, melodeath legends At The Gates, and stoner pagans Grand Magus.

Tickets go on sale Friday, April 19th, at amonamarth.com. The tour starts in September, so fans will have plenty of time to rally their troops and build up their alcohol tolerances.

Make sure to get your face smashed in at one of the dates below:

"We did a long interview with Einar Selvik about his work with Wardruna," continued Hegg. "We’ve done interviews with members of the Vikings cast about their experiences. We’re selling books from authors and rune experts. We’re trying to build a community where people who are interested in Viking culture and history can come and learn stuff. So it’s not only about selling products...[but] creating a sense of understanding and a sense of belonging.”

Watch the video for The Wolf You Feed, the huge new collab between Nita Strauss and Arch Enemy’s Alissa White-Gluz.

Alissa White-Gluz: “We’re shattering the idea that gender has any correlation with intelligence, talent or abilities”

For International Women’s Day 2022, Arch Enemy’s Alissa White-Gluz celebrates all women in rock and metal and looks to a brighter, more equal future.

Why every metal and hardcore fan should consider going vegan

Members of Deftones, The Misfits, Arch Enemy and Cro-Mags explain how going vegan is the ultimate form of rebellion.

"Not the happiest of tunes, but believe me: we're ecstatic to be back!" Arch Enemy have unleashed their first new single since 2017's Will To Power…

Nightwish, Bring Me The Horizon, Arch Enemy and, of course, Slipknot, are among the first names for Knotfest Finland in 2022…