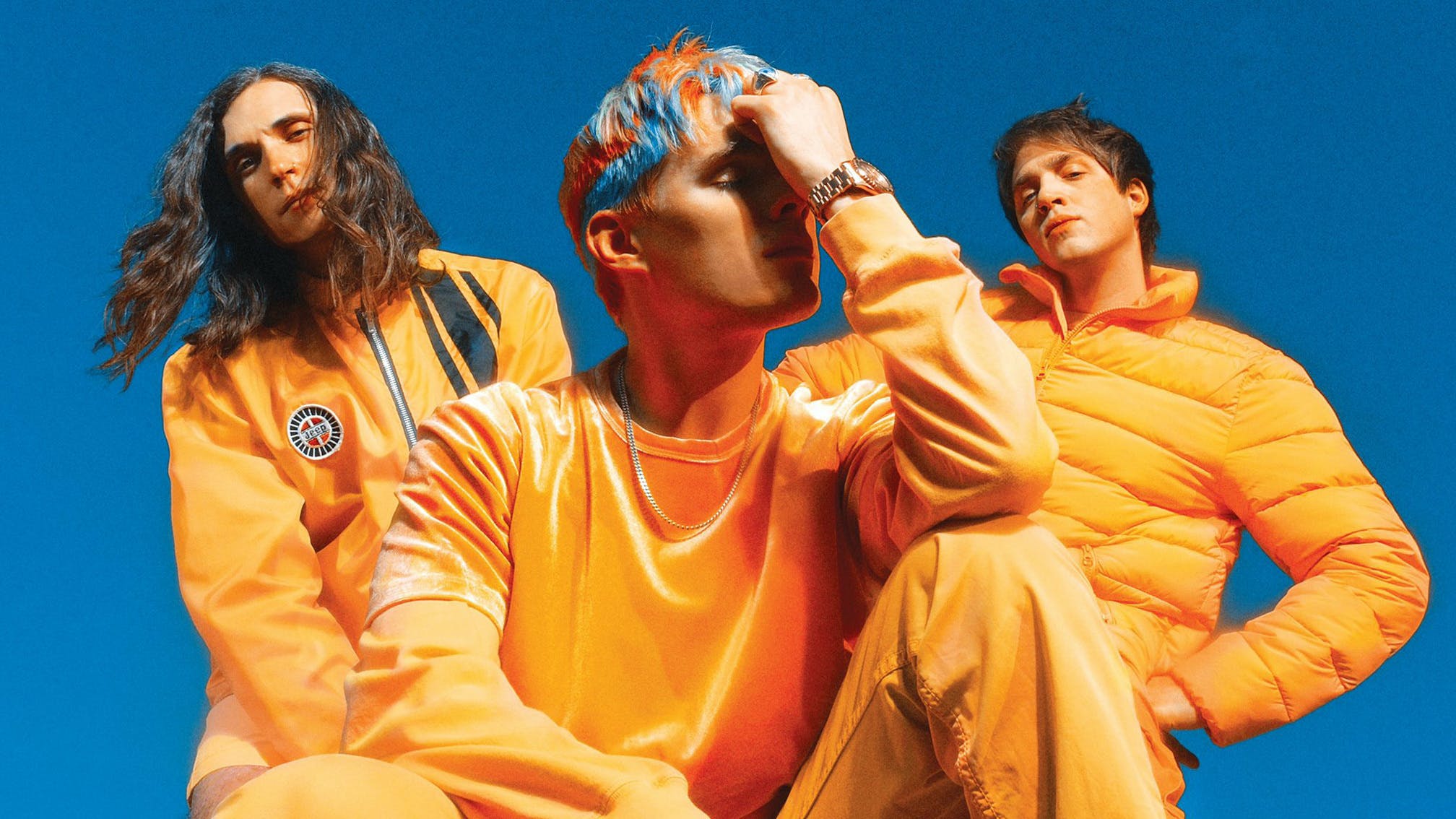 “I’m glad we’ve set the bar and the expectation of, ‘Hey, we’re going to make all kinds of weird shit, and shit that you’re not going to expect…’” grinned Waterparks frontman Awsten Knight back in January when looking ahead to a new record. “We’ve opened the door to be able to anything.”

Well, he wasn’t wrong. On the Texan trio’s stunningly bonkers fourth album Greatest Hits (not a compilation of old singles, FYI), Waterparks have genuinely done everything; not so much simply just opening the metaphorical artistic door to give listeners a peek at their sky-high songwriting aspirations, but truly throwing all they have into 17 songs of pure chaotic – but carefully-crafted, don’t forget that – brilliance.

That’s no mean feat considering 2019’s FANDOM was an album Kerrang! called “ambitious and slightly mad” in our 4/5 rated review at the time. On Greatest Hits, though, Awsten, guitarist Geoff Wigington and drummer Otto Wood take things further than ever before, adding touches of drum’n’bass, industrial, grunge, orchestral and more to their always-entertaining blend of… whatever it is that Waterparks do (‘pop-rock’ or ‘pop-punk’ really can’t be applied to this band anymore).

Conceptually taking place over the course of a night, Greatest Hits opens with the hazy one-and-a-half minute title-track. ‘Last night I had the strangest dream of all…’ Awsten begins, before a voice proclaims that, ‘These are your greatest hits.’ It’s a confident move, but when instantly followed by the full-of-life Fuzzy – a swirling fusion of dance-funk and anthemic rock, with the frontman blowing raspberries and gleefully yelling ‘Woooo!’ throughout – it becomes pretty apparent how apt Greatest Hits is as a title.

It doesn’t mean that just because it sounds like a total blast that it actually is, though. 2020 single Lowkey As Hell follows with the upsetting thought that, ‘I think people like me better when I’m hurt inside…’ while on Numb Awsten also wrestles with a similarly depressing idea: ‘You only like me when I’m numb / Now I’m mad about – I don’t know what / All I know is that this isn’t fun.’ In fact, no better approximation of the frontman’s dark thoughts – likely heightened as he slogged away on over 100 new Waterparks songs in his apartment throughout the pandemic – is Just Kidding, in which he bleakly admits, ‘I wish I was dead sometimes so I could spend a day alone / And not feel like everyone hates me…’ before adding, ‘Just kidding!’

As ever, his personality is at the core of Waterparks’ music. From the headfuck attitude of LIKE IT, to the hypnotic Snow Globe, to the gorgeously understated The Secret Life Of Me and the warmth of album highlight American Graffiti, this is a record just as colourful as its creator’s hair (which is handy). And while rapping about Bill Gates, Elon Musk, The Office’s Michael Scott and members of One Direction in closer See You In The Future might prove one step too far for some, for everyone else it’s all just a part of the ride.

Indeed, this is very weird shit. But it rules. Never stop being you, Waterparks.

Greatest Hits is released on May 21 via 300 Entertainment

Read this: "I was having fun, but also breaking down…" Inside the studio for Waterparks’ bold new era