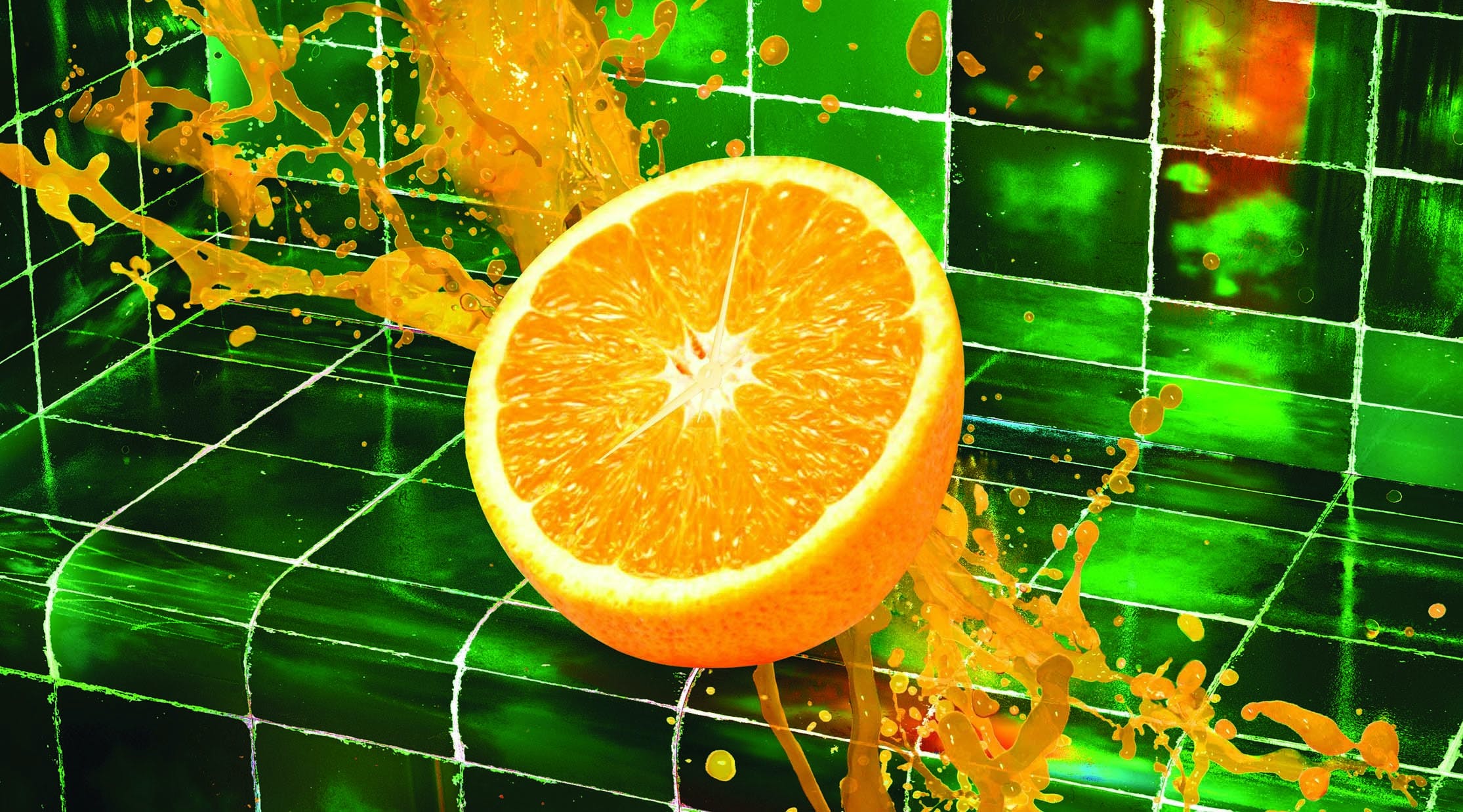 Waterparks have long enjoyed toying with the unexpected. This was none more apparent than on March 27 of this year, when frontman Awsten Knight announced on Twitter – and without his usual caps-lock trademark, thus signifying Proper Serious Business – that he had deleted the files for what would have been the Houston trio’s planned third full-length, Friendly Reminder. “Sounds like a joke, but I thought about a lot on the last tour and I have different things to say now,” he wrote, sending an entire fanbase into panic mode. Gone was the red colour scheme planned for album number three (to follow the yellow of debut Double Dare, and the purple of last year’s Entertainment), and with it rumoured song titles like Noise, Lemonade and Glitter Times. In that binned album’s eventual place, we now have Fandom, signalling the band’s new, ‘green’ era – with a bright new hair colour for Awsten to match, naturally.

Given how heavily the topic of fandom weighs upon the record, it’s hard to imagine it being called anything else. Explosive single Watch What Happens Next hears Awsten ranting resentfully of the average listener, ‘You wanna hear my art / But only on your terms,’ over one of this year’s catchiest choruses. Meanwhile, on Dream Boy and Zone Out, he addresses his concerns about living up to the expectations of Waterparks’ devotees (‘Am I the boy you dreamed of?’).

Between the frontman’s struggles to get to grips with fame and his dealing with heartbreak, the subject matter throughout Fandom is often surprisingly down. ‘Behind my forehead’s an assortment / Of things I’d like to forget’, Awsten confesses on War Crimes, while on the brilliantly-titled I Miss Having Sex But At Least I Don’t Wanna Die Anymore, he laments, ‘I’m sick of all this, “How’d you get your band name? / Is that your real first name? / Can you text? / And can you follow back ’cause it’s my birthday?”’

In themselves, these lyrical themes already make Fandom a fascinating listen. But coupled with Waterparks’ perfectly-crafted experimental tendencies, Fandom gives back more and more each time – no mean feat, considering the restrictive genre in which they typically find themselves pigeonholed. Here, the band have effortlessly surpassed both their peers and expectations, dabbling in an intoxicating blend of genres across all 15 songs. There’s the cinematic soundscapes of opener Cherry Red, the feel-good pop of the aforementioned Dream Boy, the trippy techno of Turbulent and, of course, a token soppy ballad, Never Bloom Again. Even the more recognisably pop-punk tracks on the record, like Easy To Hate and Telephone, throw out the rulebook. The former is bolstered by infectious electronics, while the latter has double hand-claps and – brace yourselves – an actual, proper guitar solo.

Fandom’s best quality, though, is that it tackles its difficult topics with a sense of humour. There’s a clever Entertainment Easter egg in the rap-centric [Reboot], and a 47-second hip-hop song to lighten the mood before the break-up bitterness of Turbulent. Elsewhere, midway through album highlight Telephone, Awsten quite literally blows a raspberry. In places, you can actually hear him smiling through his lyrics – even on the painfully introspective High Definition – subtly portraying the light-and-dark nature of modern life in a band, while also bringing the listener ever closer to a remarkable young star.

We have no idea what Friendly Reminder might have sounded like, but Waterparks clearly made the right choice in binning it. Because Fandom is superb.