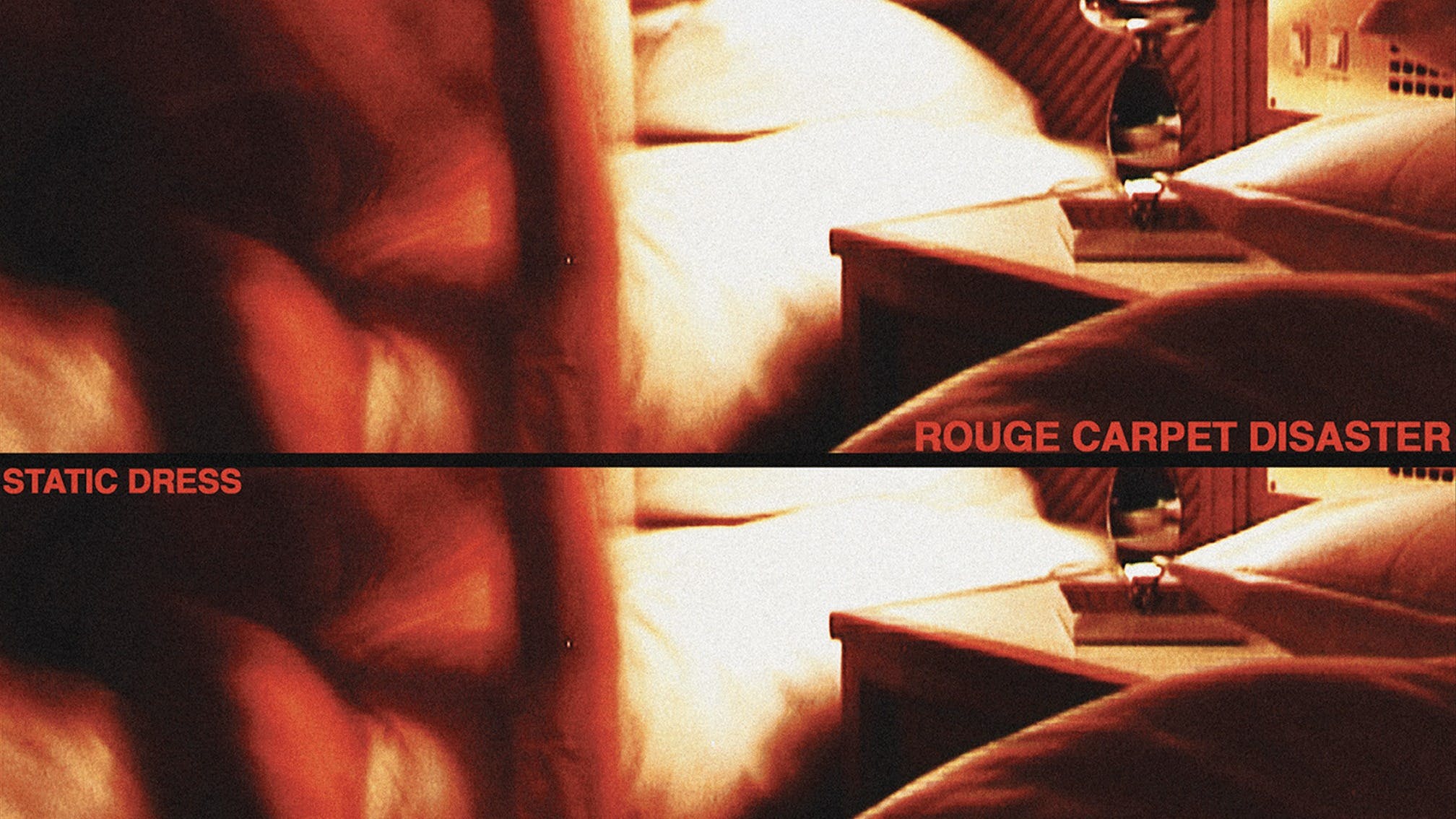 For too long it felt like post-hardcore was all played out. As greats like Glassjaw and Thrice moved into the nostalgia-tinged later periods of their careers, and radicals like letlive. hung up their battered six-strings in the face of shortening modern attention spans, there simply didn’t seem to be anything left to say. Then Static Dress showed up. A virtually unheralded force, hoisted out of the Leeds underground by visionary bandleader Olli Appleyard, they transported listeners back to the genre’s stripped-back DIY roots while engulfing them in a flood of fresh creativity.

Rouge Carpet Disaster delivers on every ounce of the collective’s unruly promise – and then some. Opening with a roar before subsiding into a thrilling ebb-and-flow of melody, first track fleahouse echoes the aforementioned heroes, but also the swagger and burgeoning scope of early My Chemical Romance. The misleadingly-titled sweet is a 215-second rollercoaster that careers from heartache off into a pit of undiluted vitriol. Push rope is a tangle of stabbing guitars and abstract, lung-busting choruses (‘I know I’m not wanted here / Dead response and cold replies…’) that fades out on the sound of Olli literally struggling to catch his breath. And that’s just this record’s breakneck first quarter.

Of course, the music has only ever been part of the overarching Static Dress package, with everything from aesthetic subtleties to custom-made comic books adding to their vivid alternate universe. It’s to their enormous credit, then, that these tracks stand strong on their own. With characteristically dreamy/nightmarish production by Loathe mastermind Erik Bickerstaffe, everything from the unhinged Courtney, just relax, to shoegazey highlight Attempt 8 work as affecting individual compositions, but also components in a greater-than-the-sum-of-its-parts bigger picture.

Crucially, everything is governed by authentic emotion, too. It means that the subtle swerve towards positivity and playfulness in the final stretch feels all the harder earned, with the jaunty Unexplainabletilesleavingyouwonderingwhy (Welcome In) again evoking MCR’s glory days before we drift through the woozy Marisol and into soaring closer cubicle dialogue.

It’s that kind of intuitive eye for detail – and uncompromising ability to execute – that makes RCD feel like some lost masterpiece from the time before ‘emo’ became a dirty word, and also something tearing a brand new hole for the future.

For fans of: Glassjaw, My Chemical Romance, letlive.

Rouge Carpet Disaster is out now.

Read this: Static Dress: “This genre has so much to be explored, but no-one wants to do it because everyone’s too scared of not being cool for 10 minutes”

Loathe will perform their incredible second album, 2020’s I Let It In And It Took Everything, in full on their upcoming U.S. headline tour.

Loathe state that by cancelling the tour, “using this time in September and October will allow us to complete the recording process” for their next album.

Loathe are hitting the road with Void Of Vision and Omerta for a 23-date tour in September and October.