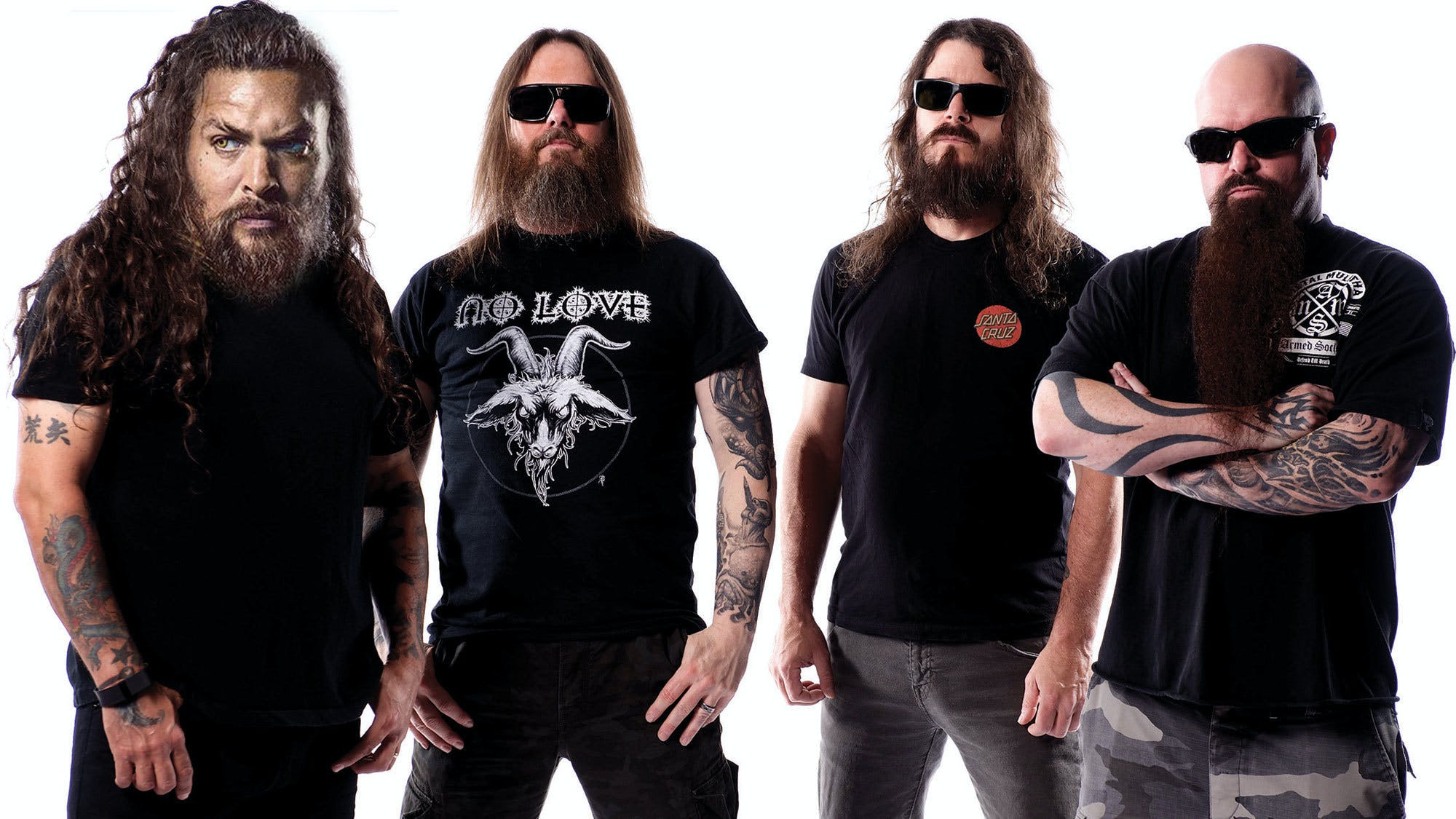 With the release of Queen’s Bohemian Rhapsody and Mötley Crüe’s film, The Dirt due to hit Netflix soon, it seems that everyone’s clamouring for a glimpse into the world of a rock star’s life. Here are 10 films we’d definitely pay to see at the cinema, or wait at least until a man comes around the pub with a bag of bootleg DVDs…

This tells the story of the band’s formation in Los Angeles and their attempts to become the biggest band in the world to wear slacks. Starring Rick Moranis as Rivers Cuomo, with Brian Bell, Patrick Wilson and Scott Shriner playing themselves, the film will skim over Weezer's initial success following the release of the Blue Album and will devote a large chunk of the running time to the frontman’s obsession with self-deprecating memes. Like their albums, every other scene will be slightly disappointing.

From their humble beginnings as Dragonslayer – whether or not they were actually called that – this four-hour film will be told through a sword-and-sandals story, with animatronic puppets supplied by the Henson company. Think of it as Labyrinth-meets-Spinal Tap. In their bid for metal supremacy, the band fight orcs, liberals and lily-livered posers in a quest that never quite seems to end. Directed by Michael Bay, the film will star Aquaman’s Jason Momoa as Tom Araya, Die Hard’s Alexander Godunov as Jeff Hanneman, Tom Hardy as Dave Lombardo and Kyle Gass as Kerry King. Look out for a fairly amusing walk-on part by Adam Sandler as the devil.

There’s only one candidate to play Iggy Pop in the legendary story of the proto-punk band The Stooges: Jennifer Aniston. From their formation in Michigan, the film is a montage of their confrontational performances, including a pivotal scene where a member of the Scorpions biker gang throws eggs at the permanently-writhing vocalist and gets into a scrap. The biker gang, in this case, will be portrayed by the whistling German band of the same name.

Panic! At The Disco

Brendon Urie himself will lead an all-star cast in what’s basically The Greatest Showman, but with even more sass and top hats.

In a nod to those persistent 90s internet rumours, The Wonder Years’ Paul Pfeiffer – actor Josh Saviano – plays Brian Warner, an awkward Ohio teen who decides to shave his eyebrows off and becomes the biggest threat to the fabric of American life. With cameos from Nicolas Cage as Trent Reznor and Martine McCutcheon as Dita Von Teese, the film’s most harrowing moment will depict the time Marilyn Manson flashed his anus at a British festival crowd, complete with a CGI’d Star Wars’ sarlacc provided by the Lucasfilm special effects team. Rated 18.

From the team who brought you Dumb And Dumber, this pop-punk flick focuses on the band’s stratospheric rise to fame following the release of Enema Of The State. Featuring Jim Carrey as Mark Hoppus, Will Farrell as Tom Delonge and Saved By The Bell star and one-time pornographer Dustin Diamond as Travis Barker, this 90-minute film will boast the most male nudity in any film. And we’re counting that unmarked DVD you found in the woods that one time.

Alright, so Metallica have already dipped their toe into the movie world with toe-curling documentary Some Kind Of Monster and flashy concert film Through The Never. Look at this as a superhero origin story, then. Recounting the band’s early days on the Los Angeles club circuit and their subsequent journey north to San Francisco’s Bay Area, this Metallica movie will be delivered in a comedic manner that will echo 1988 comedy Planes, Trains and Automobiles. Chris ‘Thor’ Hemsworth will play James Hetfield, while Natasha Lyonne, who’s already earned rave reviews this year for her performance in Netflix drama Russian Doll, will make a cameo as the wise-crackin’ shredder Dave Mustaine.

Casting this Linköping band’s Nameless Ghouls will be easy. It’s just a matter of finding the right sized cowls and masks. Even Danny Dyer could play one and no-one would know, unless he shouted ‘geezer’ during the quiet scenes. When it comes to the role of Cardinal Copia, it’s pretty easy. Step forward John Challis, who made his name playing Boycie in knock-off goods comedy Only Fools And Horses. It’s a simple story which follows Ghost's career in a strict linear fashion. When it comes to Tobias Forge’s recent legal battle against four former members, budgetary restraints mean that some clever editing of the court room scene from A Few Good Men will simply have to do. It’s expected that this film will be picketed by religious groups in the American Midwest, which will only serve to raise its profile.

We wouldn’t be surprised if bin batterer Shawn ‘Clown’ Crahan has already drafted a treatment for a full-length Slipknot movie. We’d expect a lot of blood and shouting as we trace the Des Moines nonet’s rise to one of the biggest metal bands in the world. In a surprising twist, the story will be narrated by Clown's dead crow which is suspended in a jar of noxious fluid. The voice, subject to contract, will be provided by the honey-rich tones of Morgan Freeman. Or Stephen Fry, if he’s available.

Focussing on his humble beginnings in Aston until the year of his Blizzard Of Ozz debut, Kelly Osbourne will star in the titular role. It opens with Ozzy in prison for a bungled robbery and pays close attention to Black Sabbath’s early shows, their excess-fuelled rise to stardom and his eventual sacking from the band. In one scene, Ozzy bites the head off a dove – played by Andy Serkis – at a record label meeting in 1981. In short, Ozzy’s story will make Mötley Crüe’s film, The Dirt, look like an episode of The Golden Girls.

Listen: Linkin Park are teasing a never-before-heard song from their “Meteora archives”

Hear 18 seconds of Linkin Park’s Lost – a song from their Meteora era – which is due out this Friday.