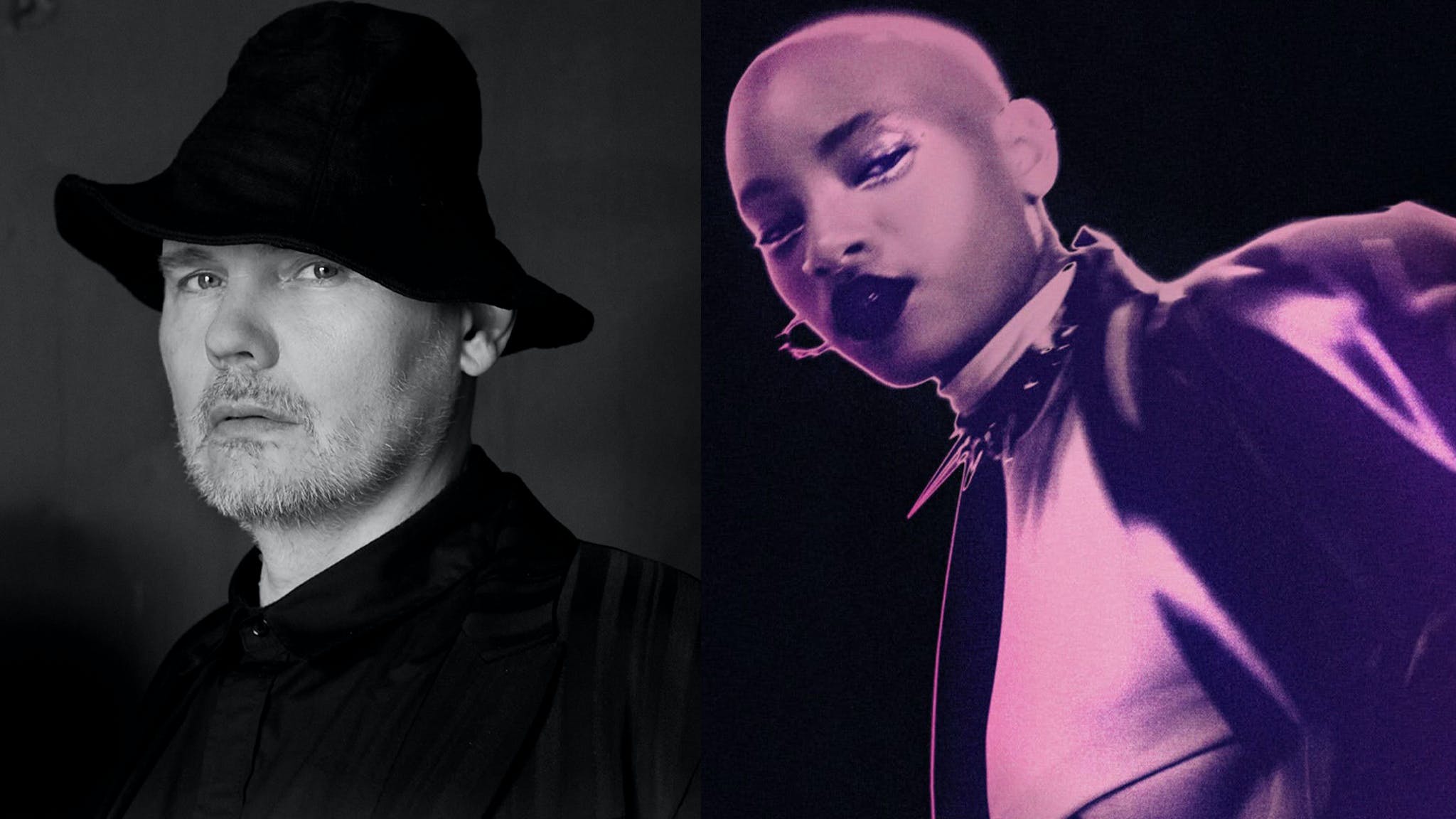 In an excellent new interview on the Thirty-Three With William Patrick Corgan podcast (co-produced with iHeartRadio), the awesome WILLOW chats with the Smashing Pumpkins icon about everything from playing guitar to being a completely unique artist.

In a particularly lovely part of the chat, WILLOW thanks Billy for how he paved the way for many male artists and “setting this beautiful precedent for what rock star dudes can be”.

“White society has a lot of codes,” begins Billy. “We grew up in the ’70s and ’80s version of that. It was shocking to us – something as stupid as me wearing a dress onstage. People asked, ‘Oh, are you gay? What does this mean? What are you trying to say?’”

The two also bond over how they learned to play their instrument, focussing on the feel and doing their own thing over perfecting the more technical aspect.

“When I first started playing the guitar, I started in a very unorthodox way,” WILLOW remembers. “I didn’t pick up an electric guitar… I also told myself I wasn’t going to get a teacher. Even if it was weird, I wanted to develop my own style of playing… The first album that I made with my guitar, I was in the studio and I didn’t even know what chords I was playing. The freedom that gave me to do the craziest stuff.

“I have a song called And Contentment, I am pretty sure I completely changed the key in this breakdown in the song. Even though that came from a place of not really knowing how to play the guitar, that is one of the favourite chord progressions I have ever made, because it is so unexpected. My favourite musicians take the song wherever they want to take it.”

Listen to the full episode below:

WILLOW’s new album <COPINGMECHANISM> is out now via Roc Nation / Polydor. The Smashing Pumpkins will be releasing their three-part rock opera ATUM on November 15, January 31 and April 21.

Billy Corgan on new album ATUM: “It goes in a million different directions… It doesn’t feel like there’s too much of any one thing”

As Smashing Pumpkins announce their huge new three-part album ATUM, Billy Corgan tells Kerrang! about picking up the guitar again, making 33 tracks, and how he wants to do a full-production musical show of it…

You can watch the Together And Together Again benefit from Billy Corgan and his partner Chloé Mendel, with proceeds going to the Highland Park Community Foundation.

Puscifer: Check out new remixes of The Underwhelming and Bullet Train To Iowa

The Smashing Pumpkins are heading out on the Spirits On Fire tour later this year, with guests Jane’s Addiction and openers Poppy and Meg Myers at select dates.