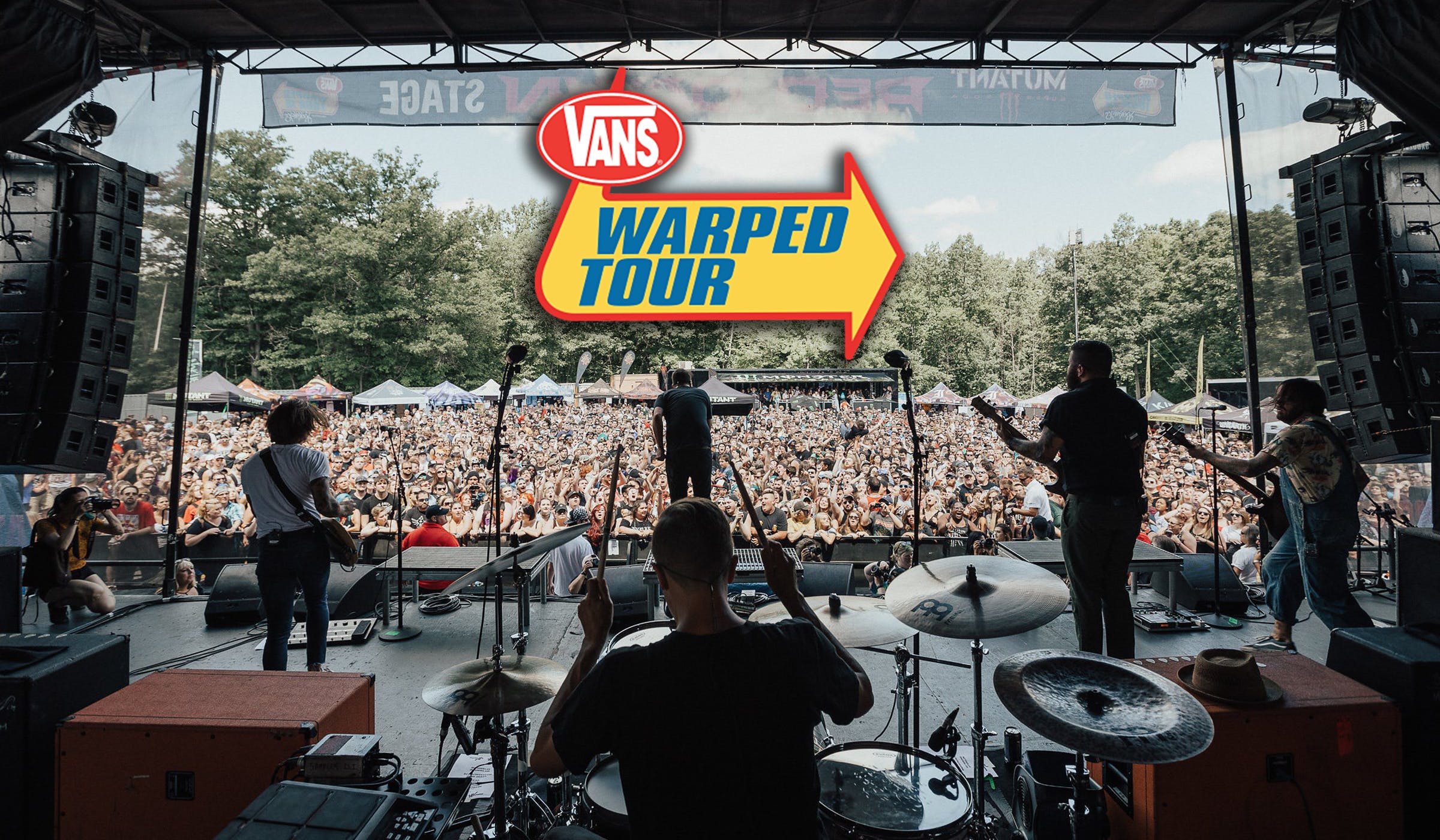 In the punk, ska, emo, and hardcore scenes, no festival will ever have the same power as Vans Warped Tour, a revolutionary touring punk rock free-for-all that introduced hungry young fans to some of the loudest, craziest bands on earth. With a line-up that gave young outcasts everything from Celtic folk-punk to metalcore, Warped created a focal point for many rock fans' entire years, pulling in millions of fans and creating more memories than can be counted. Unfortunately, this past summer saw Warped Tour dissolve under the weight of financial strain and scene bullshit -- but its legacy lives on, a testament to the power and community of music.

In the latest episode of our podcast Inside Track, Warped Tour founder Kevin Lyman and official photographer Lisa Johnson reveal the true story behind punk's most vital yearly event, from its humble beginnings, to its meteoric rise, to its eventual dissolution. Alongside them are members of Sum 41 and Less Than Jake, who talk about their favorite moments in the fest's 25-year run and how it helped launch their careers.

Every two weeks, Inside Track gives you rock’s biggest names telling the mind-blowing stories behind the greatest albums and bands of all time in a new episode. Spanning from heavy metal to pop-punk, the podcast will reveal what really happened while some of history’s most important musical movements and game-changing records were coming into the world. Not only will we feature first-hand accounts by rock’s most talented musicians, but we’ll also let the producers, festival organizers, friends, and other figures behind the scenes give you the inside scoop you’ve never heard before.

Check out our previous episode, in which Tool talk about the creation of this year's massive success, Fear Inoculum:

Sum 41 are set to celebrate 20-plus years of All Killer No Filler and Does This Look Infected?, and they’re bringing Simple Plan with ’em…

Simple Plan and Sum 41 talk Ruin My Life, and the “exciting and bizarre” renaissance of pop-punk

Simple Plan’s Pierre Bouvier and Sum 41’s Deryck Whibley discuss their new collaboration Ruin My Life, and reflect on the impact both bands have had on the current generation of pop-punk artists…

Rancid are now unable to perform at next year's Slam Dunk – but a bunch of incredible bands have just been added instead!

The 11 most underrated pop-punk bangers of the ’00s

Move over mainstream hits, let’s dig out the most underrated pop-punk deep cuts from the start of the century…

Slam Dunk has been forced to change its line-up again, but the festival will continue.