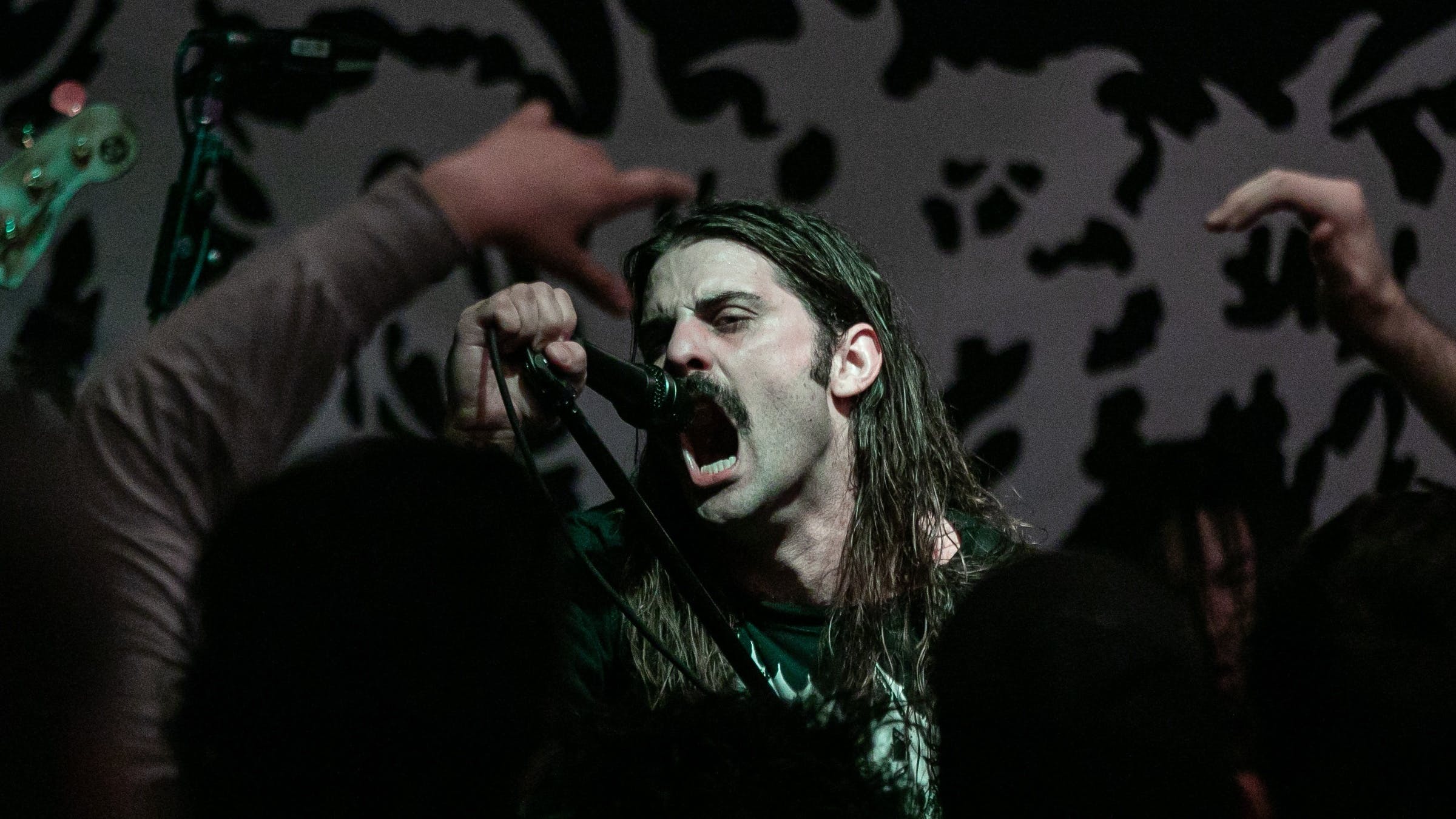 When Kerrang! first brought our K! Pit concert series to America, there was a short list of bands we knew we had to feature. One of those was undoubtedly Gatecreeper, the Arizona-based death metal quintet whose oozing-yet-kinetic sound has of late breathed new life into the scene. So when the opportunity arose to bring Gatecreeper and select group of their fans together in the small back room of our favorite local beer bar The Well, we jumped at a chance to make it happen -- and got everything we asked for and more.

Not that we expected anything less from Gatecreeper. Since the release of their first EP in 2014, the band has been a driving force in modern death metal, gaining traction with everyone from Max Cavalera to Post Malone. With their 2016 debut Sonoran Depravation, the band announced their mixture of acid riffs and bounding rhythms to the world; with this year's Deserted, they only further refined their sound, entering the mainstream eye and making the world wonder if a new wave of "stadium death metal" is on the horizon. All this has made them one of metal's brightest contemporary voices, and earned them the #2 spot on our list of the greatest American metal bands of the past decade.

Want to see what all the sweat-drenched blood-soaked fuss is about? Tune in to our Facebook page tomorrow, December 5, at 7:30pm GMT (2:30pm EST/11:30am PST) to watch Gatecreeper bring pure groovy annihilation to the K! Pit.

Not sold yet? Here are a few shots from our night with Gatecreeper to get you motivated:

To warm yourself up, check out some of the other Brooklyn K! Pit performances below:

You can also check out all of our London K! Pits, featuring tiny dive bar shows by Mastodon, The Interrupters, Petrol Girls and more, on the Kerrang! YouTube channel.

READ THIS: States of Metal: Arizona is sweltering, savage, and sick as hell