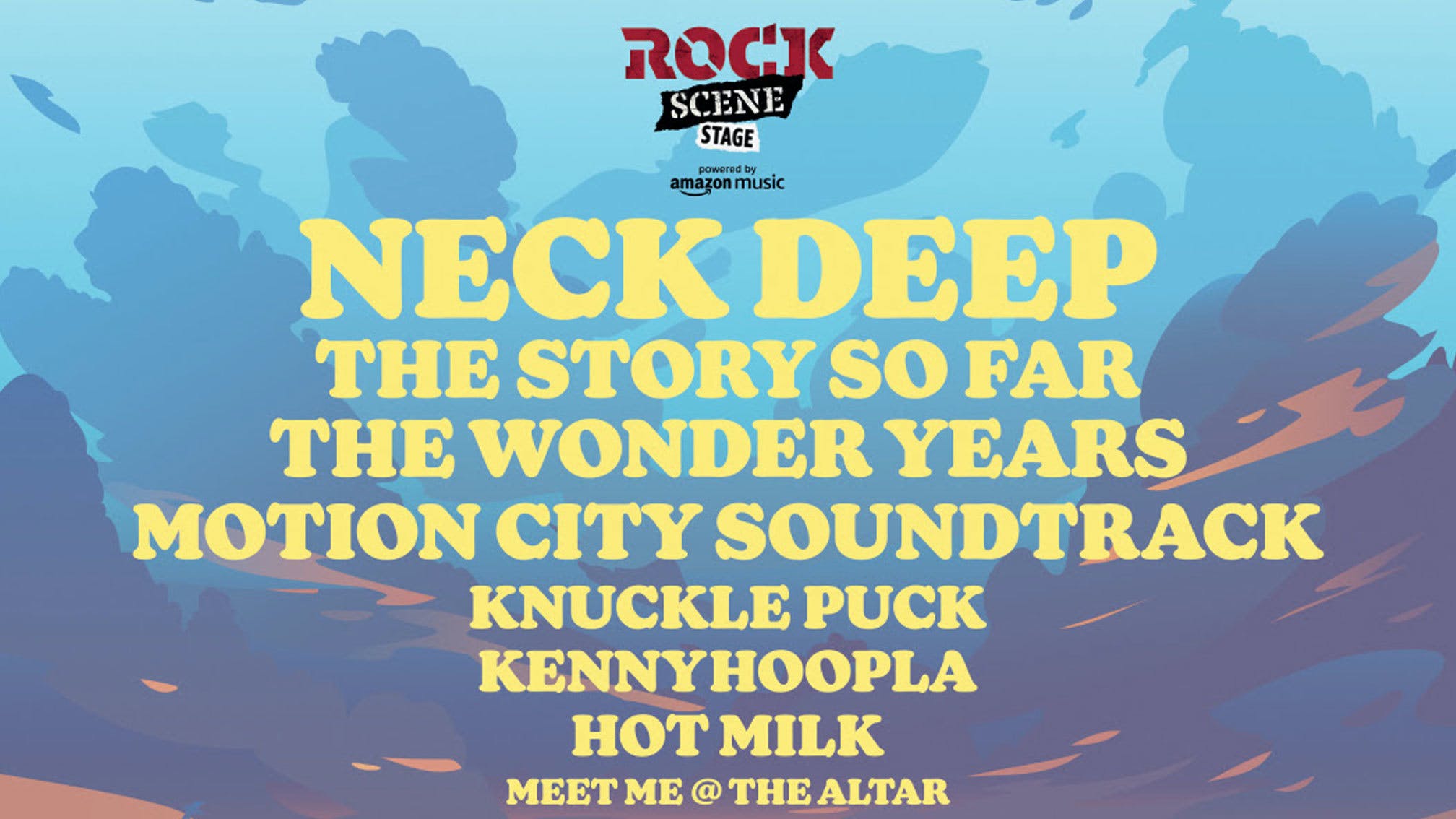 After announcing Neck Deep as their fourth and final headliner, Slam Dunk have now confirmed the full stage billing underneath the Wrexham pop-punks.

There'll be an absolute feast of both new and nostalgic pop-punk on the Rock Scene stage, with Neck Deep being supported by an incredible billing of The Story So Far, The Wonder Years, Motion City Soundtrack and Knuckle Puck.

Then, further down the bill are some of the youngest and most exciting breakout artists of recent times: KennyHoopla, Hot Milk, Meet Me @ The Altar and Beauty School (some of whom are making their Slam Dunk debuts in June).

Speaking to Kerrang! about their upcoming sets and what makes Slam Dunk so special, Neck Deep frontman Ben Barlow enthused: “At another big festival, there might just be a small section of the crowd who’re really into our kind of music, but at Slam Dunk, there are these massive crowds of people who all love pop-punk – and those crowds seem to be getting bigger all the time! We love playing there, but it’s also the festival my punk-head oldest brother, whose favourite bands are NOFX, Pennywise and Bad Religion, always wants to come to. It’s about having mostly pop-punk bands, with a bunch of old-school punk bands, and some really heavy bands all playing together. That makes for this really nice eclectic mix of everything that represents our world. And it’s a showcase for the very best of those things. It’s a great platform for young bands. If you’re playing Slam Dunk, you’re probably doing something right. [Fans might come for the acts you already know, but] their next favourite band will probably be playing Slam Dunk, too.”