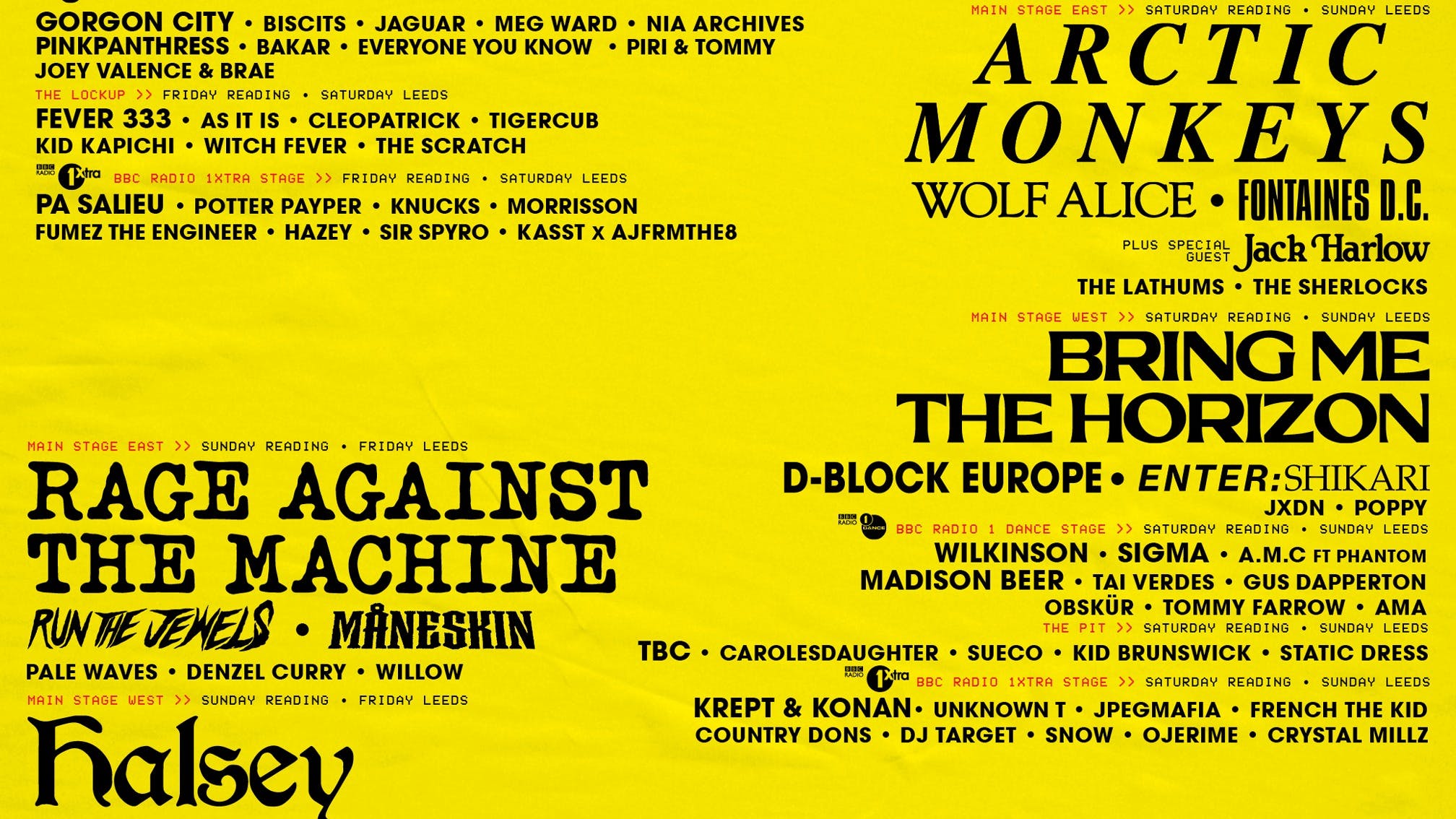 Reading & Leeds 2022 is already looking absolutely massive, with headliners including Bring Me The Horizon, Rage Against The Machine and Halsey. And now the festival have made even more line-up additions – from WILLOW to Frank Carter & The Rattlesnakes, Poppy, All Time Low, Static Dress and Witch Fever.

"With so many amazing acts set to play, Reading & Leeds is set to return as the ultimate festival weekend of the summer: defining the sounds of modern ground breaking music," says Melvin Benn, Managing Director of Festival Republic. "I cannot wait!"

Also included in this next wave are As It Is, carolesdaughter, Cleopatrick, Kid Kapichi and more – have a look at the full line-up poster in all its glory below:

Speaking to Kerrang! about Bring Me The Horizon's highly-anticipated and much-deserved R&L headline set, Jordan Fish enthused, “We’ve actually been in conversations with Reading & Leeds for a couple of years. It’s something I’ve wanted so badly that it’s become this sort of ‘nearly…’ thing where it’s like, ‘Is it ever going to happen?!’ But just this past year we released a record and it started to feel like it was less a matter of if than when. I’m only really starting to believe that it’s real now that I’m doing interviews about it...”

He continued, “It’s surreal, amazing, unbelievable, really. There are no words. For me, personally, this has been a lifelong dream. I live 20 minutes from the site for Reading. I first went when I was 14 back in 2000. Rage Against The Machine were actually one of the bands playing that day, touring The Battle Of Los Angeles. This year, we did the song Let’s Get The Party Started with [RATM guitarist] Tom Morello, and next year we’ll be headlining Reading & Leeds alongside them!”

When asked if the band will have a new record out in time for the shows, Jordan responded: “I would hope so! I’d hoped to have all four Post Human records out in the space of a year, but that’s proven to be absolute fantasy. We 100 per cent need to have this out by the time we get to Reading & Leeds, though. They’ll make us (laughs)!”

Read this: 10 bands from the ’90s who have kept their original line-up together