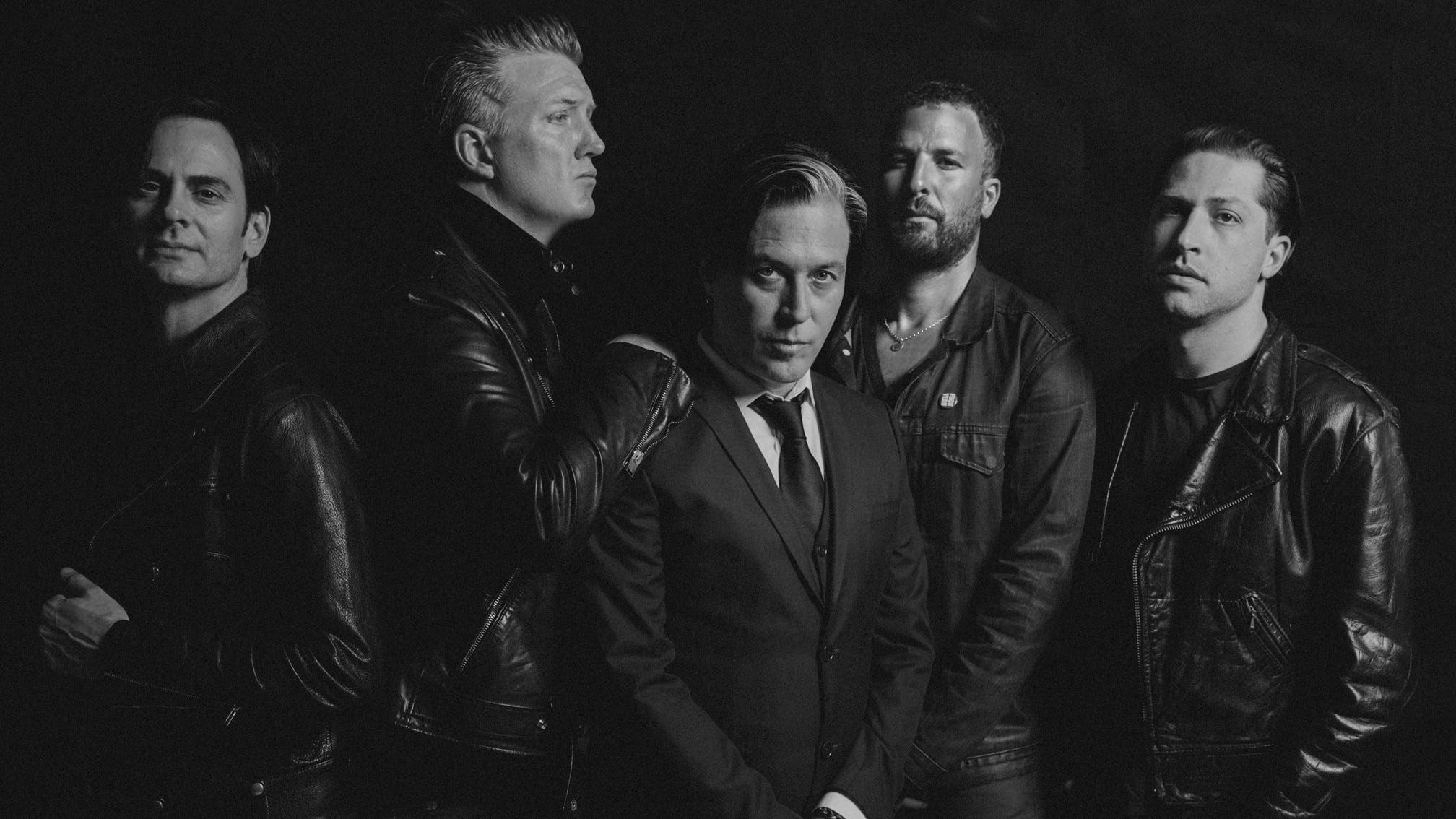 Queens Of The Stone Age have announced details of three album reissues, coming in limited-edition colourways with new and restored artwork.

After being out of print for more than a decade, QOTSA's self-titled 1998 debut will be re-released on black or limited-edition orange vinyl on October 21 with its original tracklist and the long out-of-print original Frank Kozik artwork – complete with an obi-strip designed by Boneface.

The band will also be reissuing their 2013 LP ...Like Clockwork and most recent full-length Villains on December 9. The former comes on either limited aqua or red vinyl with new artwork, and has been cut from the original master tapes.

Villains, meanwhile, comes in a special fifth anniversary package on either leaf-green transparent or white vinyl, plus etching, obi-strip, and a brand new poster by Boneface.

READ THIS: The 20 greatest Queens Of The Stone Age songs – ranked

Queens Of The Stone Age