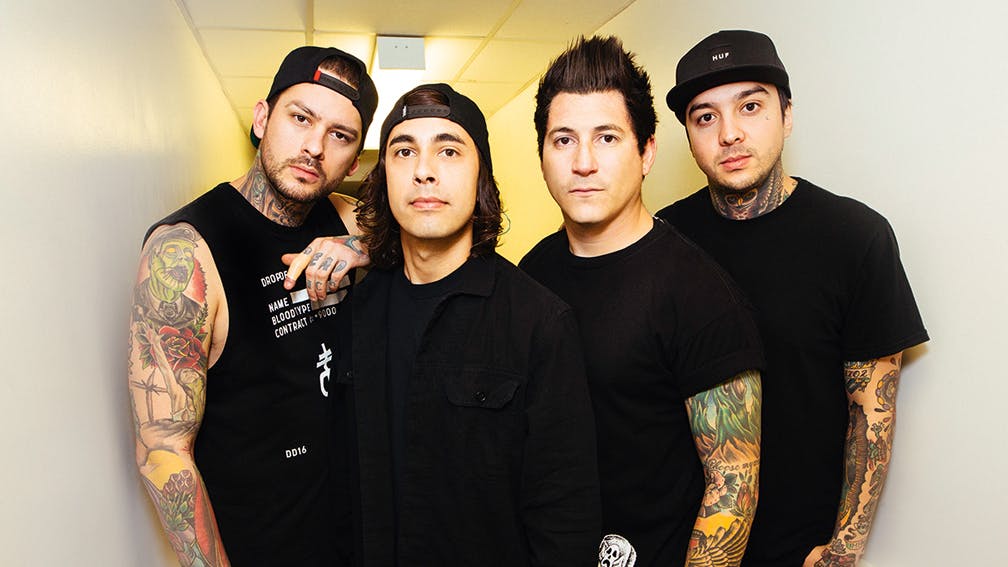 Following the news of Vic Fuentes' new role as CEO and co-chairman of the non-profit Living The Dream Foundation, the frontman has confirmed that he's also busy working on music – and that a new Pierce The Veil album is getting "closer and closer each day".

It's been a year now since the band tweeted that they “promise we’re working on something really special” for fans, while Vic said back in July of that same year that they were, “On the beautifully unpredictable journey to album five.”

Now, the vocalist has revealed of the follow-up to 2016's Misadventures: "Felt the urge to get away and go somewhere that inspires me so I packed my truck with my recording gear and drove from San Diego to Seattle. Been living up here for a few weeks writing songs and going to shows. I am happy and excited for the next chapter and to be playing music on stage with my brothers again.

"Album #5 is getting closer and closer each day and we can’t fucking wait."

Read this next: 14 of the saddest pop-punk songs ever

Meanwhile, of his role at the Living The Dream Foundation, Vic says: “I love being a part of this foundation, because it’s so tangible and real. It’s amazing that we actually get to see – in person – the faces of the people who we are trying to help. I’m excited to join forces with Scottie Somers and the entire Living The Dream Foundation team to continue their mission of inspiring hope and positivity in the lives of these people who need and deserve it most.”

Read this next: The 51 greatest pop-punk albums of all time

Pierce The Veil drop new single, Even When I’m Not With You

There’s just under a month to go until The Jaws Of Life, and Pierce The Veil have unveiled the next single from the album…

In pictures: Pierce The Veil’s long-awaited return to London

Pierce The Veil played a two-night stint at London’s O2 Forum Kentish Town as part of their first UK headline tour in six years… and this is what it looked like.

Pierce The Veil have confirmed details of the long-awaited follow-up to 2016’s Misadventures, and dropped new single Emergency Contact.