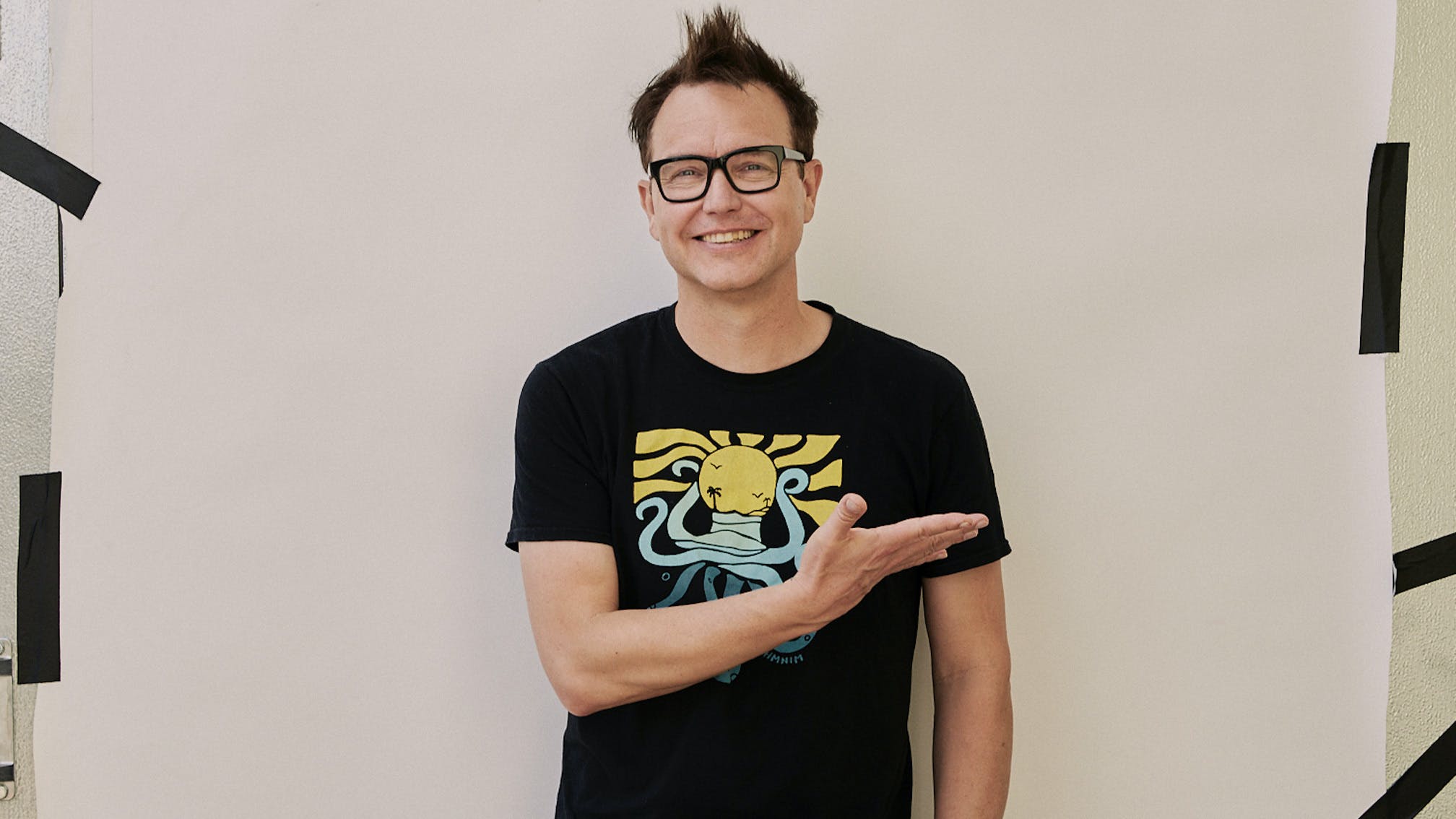 Despite the recent online confusion surrounding blink-182 and who may or may not be in the band right now, it would seem as though Mark Hoppus isn’t stressing about it – in fact, in a new interview he says he’s “open” to whatever comes next for the pop-punk legends.

Speaking to PEOPLE after addressing the Tom DeLonge rumours on Discord earlier in the month, the bassist detailed how he, Tom and drummer Travis Barker had met up during Mark’s cancer battle in 2021. “It was the first time that all three of us were in the same room in like five years,” he said. “It’s actually better than it used to be. There was no agenda. There were no lingering grudges. It felt very back to what it should be: three friends sitting in a room.”

Mark then revealed of what’s going on in the blink world right now: “I keep writing music, and I’m open to whatever the next phase of blink is. I’m hopeful for the future. I’m just damn glad to be here.”

Of course, as he stated recently, the place to be when that “next phase” is unveiled is “the official blink-182 outlets”. “If and when blink has any announcement about anything, you will hear it here or from the official blink-182 outlets,” Mark wrote. “Not teased on a radio station like ‘tune in for a major announcement… Tom tagged Mark in a photo from two decades ago.’”