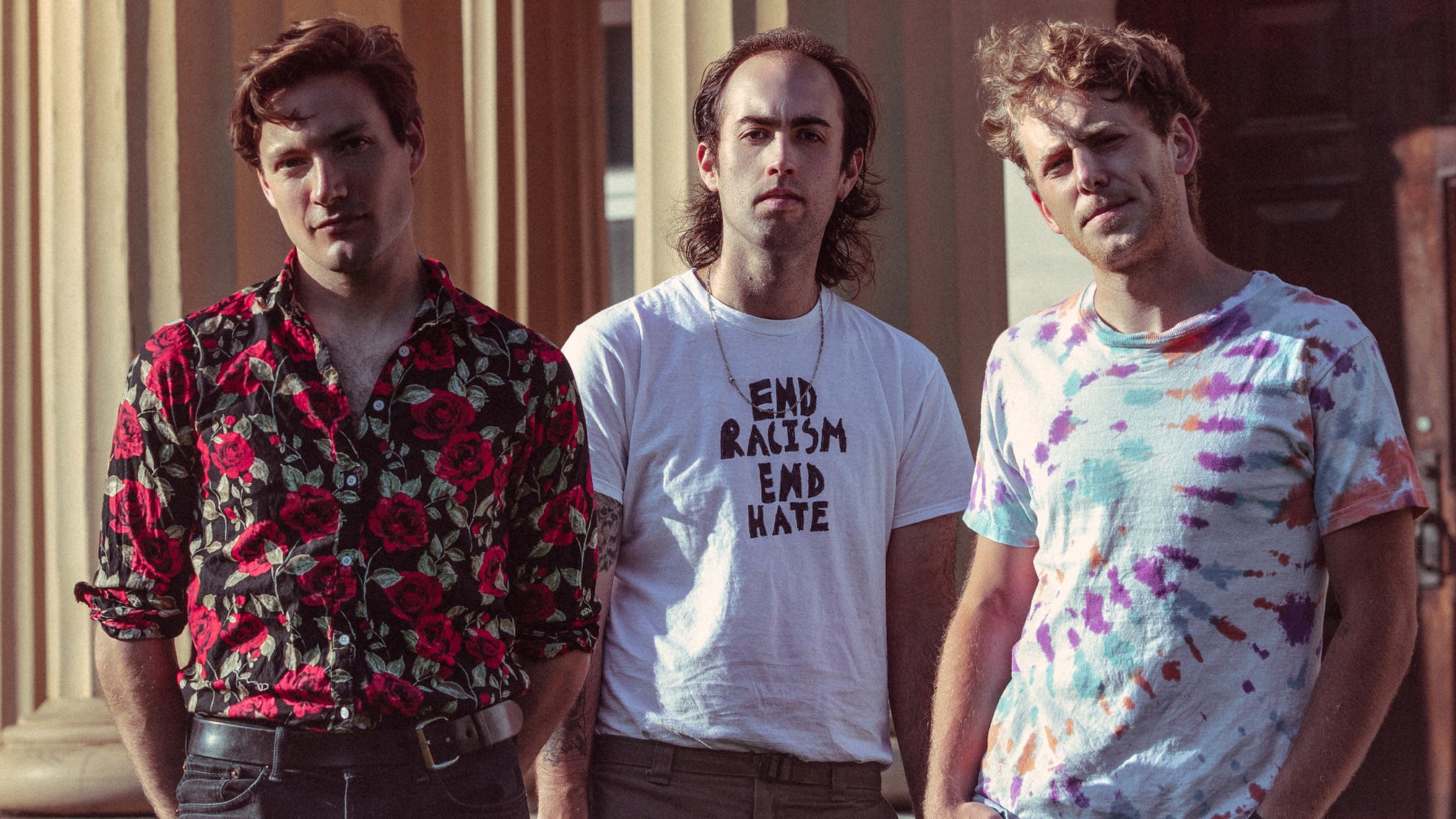 Having been able to "put the finishing touches on their next album" while in lockdown living together, The Dirty Nil have now unveiled the first taste of what they've been working on: their ridiculously infectious new single Done With Drugs.

Musically inspired by a more stadium-rock vibe but lyrically focused on life changes and Luke Bentham's "imminent entry into his 30s", the frontman explains of Done With Drugs, “At this time in my life, I see a lot of people who are trying to stop doing cocaine or stop drinking rivers of liquor, or stop eating lots of shitty fast food. On Facebook, I see these posts from people declaring, 'I’m done with this!' – they’ll have a six-paragraph post about how they’re changing their lives.

Read this: Zack de la Rocha's most powerful performances (that aren't with Rage Against The Machine)

“I'm definitely not against self-betterment, and I’m not trying to make light of anyone’s struggle; I'm just kind of amused and fascinated by that whole aspect of social media. Like someone will post, 'I’m done drinking coffee!' Okay, well then just stop drinking coffee – you don't have to try to stop the internet for the day to tell everybody that you're done with Maxwell House! I find that funny, and somewhat narcissistic. But that's just my opinion, and I'm kind of an asshole!”

He continues of how the track came about: “We were on tour with White Reaper and I don't think I would've written that riff if I wasn't hanging out with [their guitarists] Tony [Esposito] and Hunter [Thompson]. They had just played with The Killers, so everyday we were always playing the Mr. Brightside riff together. I think that opened my mind to stadium-rock cheese, even more so than before.

“There are songs on this new album that are much heavier than this song, and then there are songs that are a bit more vulnerable than this one – so Done With Drugs is kind of an outlier in the fact that it's in the middle of the spectrum.”

Watch the video for Done With Drugs below – and grab a 7" featuring The Dirty Nil's cover of Tom Petty's Even The Losers as a B-side right here.

Read this: Nirvana: The stories behind every song on Bleach

The Dirty Nil say a loving farewell to local Canadian convenience store Big Bear – which they say “was our clubhouse, our pirate ship, our prison”.

The Dirty Nil's Luke Bentham explains why their new album, Fuck Art, wants you to stop worrying and just enjoy life as best you can

The Dirty Nil cement their reputation as the court jesters of punk rock on cheeky third album Fuck Art...

The 10 Best Songs Written In Lockdown

Some artists have been very busy during lockdown, writing, recording and releasing new music in the most trying of circumstances. Here are some of the best…

Exclusive: Watch a broadcast of The Dirty Nil's "magical" Opera House show – and hear a teaser of the band's upcoming single, Done With Drugs.

11 Bands Who Wouldn’t Be Here Without Weezer

We look at 11 bands for whom Weezer paved the way.

We spoke to members of Underoath, Chevelle, and more about the legacy of the late Alice In Chains vocalist, Layne Staley