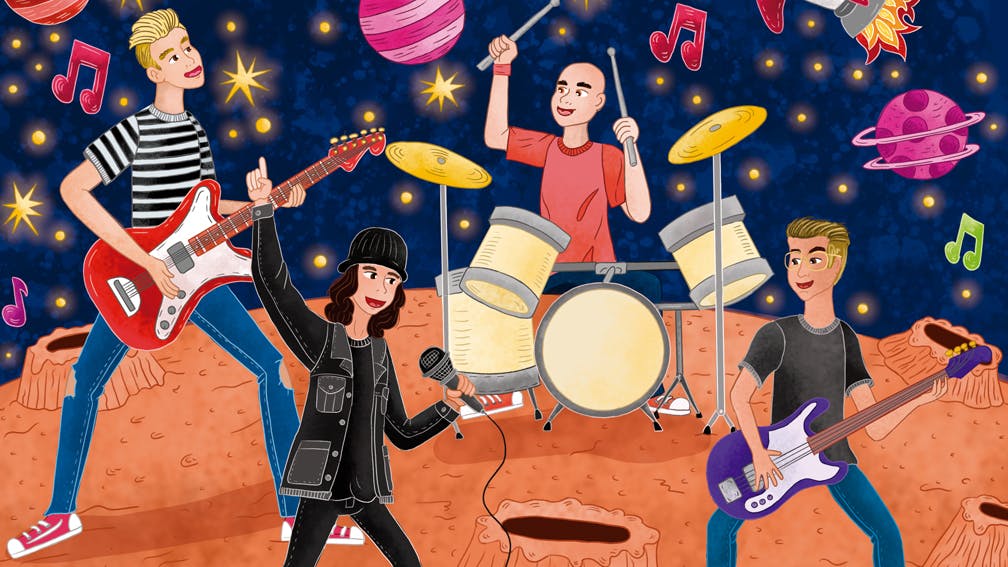 In a bid to offer parents music options for their kids other than Baby Shark, Ryan Key and actual punk dad Kellin Quinn have a new band, just for tots.

The Sleeping With Sirens and Yellowcard frontmen have teamed up with Maryland Beach Rock’s Howi Spangler and children’s author James DiNanno to form The First Rock Band On Mars, named in honour of James’ book The First Rock Star On Mars. In time for Father’s Day, they’ll be releasing their self-titled debut album on June 11. The aim is to have something both parent and kid can dig, without feeling like you’re in Wheels On The Bus Hell.

READ THIS: 9 metal videos your toddler will love

"I think it’s important for parents and their kids to have a song that they’re both into, one that doesn’t feel punishing to put on in the car or at home and listen to,” says Kellin. “That’s what we set out to accomplish."

The songs follow the story of the book, in which a band go on an adventure through space to play a festival on Mars, which kind of makes it a concept album for children, if you think about it.

“When my son Caden was born, I was compelled to create this animated, musical universe that inspires the current generation of children and their parents,” says James. “It’s been very rewarding creating the book, album and cartoon. I think it’s going to be an equally fun journey for the families exploring it.”

The album is out on June 11, the book is available now.

Sleeping With Sirens’ just-announced CTRL+ALT+DEL run will hit eight cities in the UK next March.

Sleeping With Sirens and Charlotte Sands team up for new single, Let You Down

New SWS! The band have teamed up with Charlotte Sands for the next single from their upcoming album Complete Collapse…