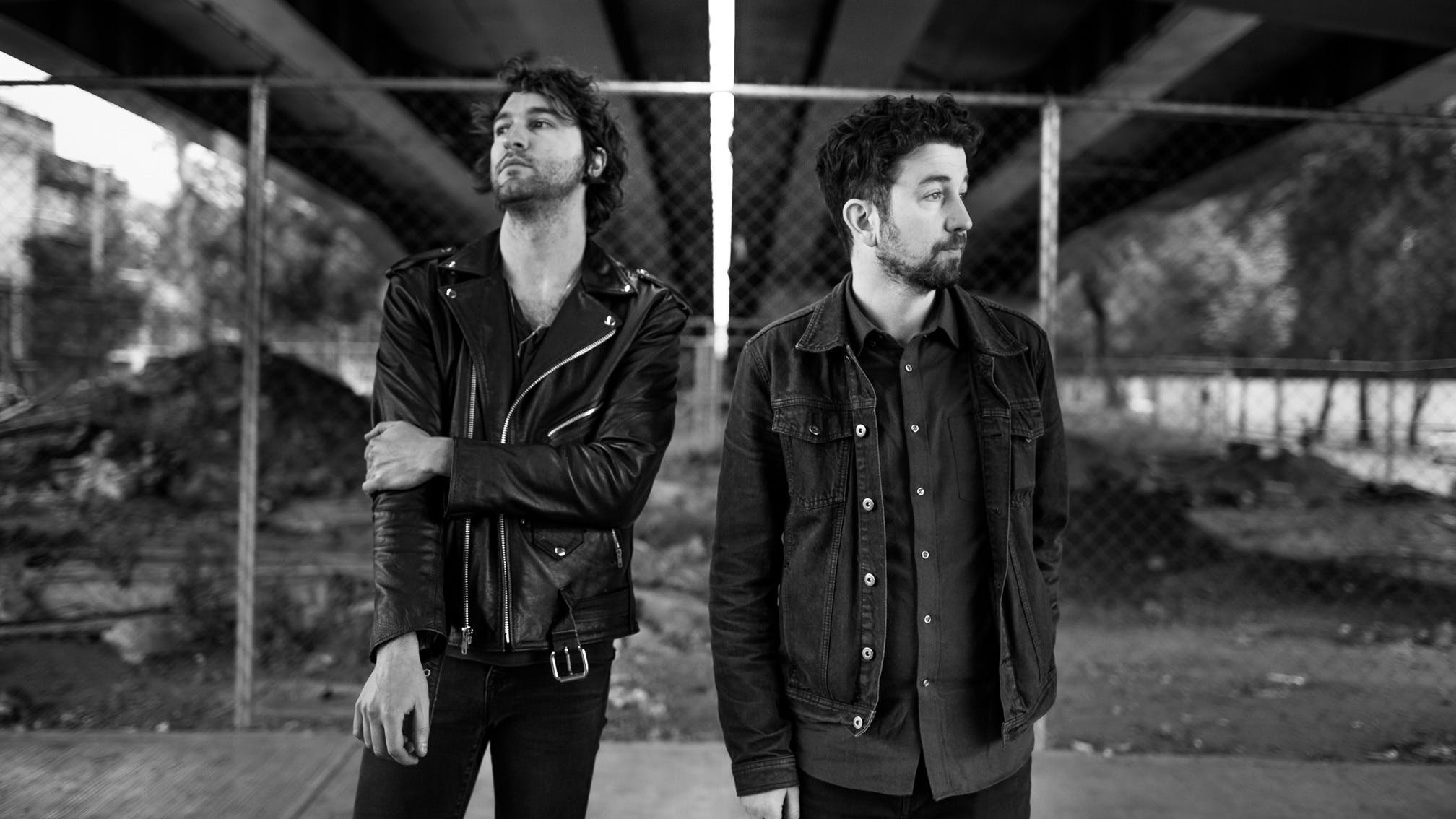 While we're all starved of gigs right now, Japandroids are set to remind everyone what a brilliant live band they are with the release of their first-ever live album, Massey Fucking Hall.

The Vancouver duo's new release is named after the 3,000-capacity Toronto venue from which it was recorded, with drummer David Prowse admitting that Japandroids never thought they'd have the opportunity to play there.

“It’s the most legendary venue in Canada by far, but it didn’t seem like a natural spot for a band like us to play," he says. "It’s a 100+ year old seated theatre, which isn’t the usual type of spot you expect to see Japandroids. Honestly, when we got off the stage that night, I remember feeling a sense of relief and exhilaration, but the whole thing felt like a bit of a blur. It was a very emotional show for me. We were both pretty nervous getting up on that stage.”

Read this next: The 11 greatest live albums of all time

Discussing the strange situation that the music industry is finding itself in right now, David continues, “I really, really miss live shows. I miss playing them and I miss being in the crowd. When you love music, there are few things more uplifting and cathartic than being in a room full of people at a live show. To not have that opportunity to experience live music together with a group of people has been hard to adjust to. It’s disorienting and it makes me sad to think about it. I hope that maybe in some small way people who are feeling similarly can find some solace in this record. They can hear the crowd and listen to us having the time of our lives at a historic venue and maybe that makes life a little easier for a minute and reminds them that those moments will happen again down the road.”

Massey Fucking Hall is due out digitally on June 19, and on vinyl October 2, via ANTI-.

Watch the video for Heart Sweats – a live favourite of the band's – below:

The tracklist for Massey Fucking Hall is as follows:

1. Near to the Wild Heart of Life
2. Fire's Highway
3. Heart Sweats
4. Arc of Bar
5. Younger Us
6. North East South West
7. The Nights of Wine and Roses
8. No Known Drink or Drug
9. Continuous Thunder
10. Young Hearts Spark Fire
11. Sovereignty
12. The House That Heaven Built

Read this next: 20 underground records still to look forward to in 2020

Whether you call it orgcore, heartland punk, or just think of it as a bunch of bands who’ve listened to way too many Bruce Springsteen records, step right this way…

Japandroids Talk New Album, Near To The Wild Heart Of Life

“We just threw out the rulebook!”