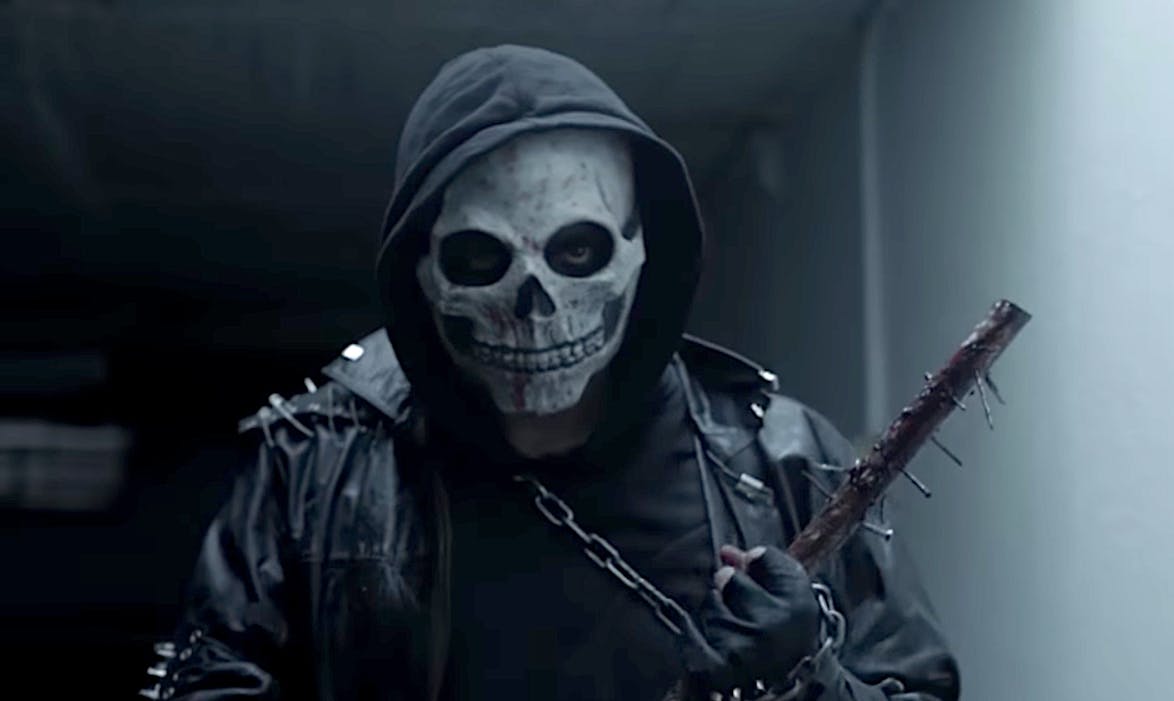 If anyone understands the nuances of a good horror flick, it's GosT. The dark synthwave frontrunner has always injected plenty of unholy cinematic vibes into his throbbing Carpenter-worship. And like most horror fans, GosT obviously doesn't feel the need to get too bogged down in the conversational scenes leading up to the moments of pure terror – a belief that's beautifully displayed in his new music video for the track Dreadfully Pious.

The footage is like a slasher movie with all the fat cut off of it. The compilation features two types of scenes: unwitting victims enjoying casual vices like soft drugs and dancing to sensuous music, and a skull-faced leather-clad psychopath killing them one after the other. Not only that, but Skull-Face also gives us the various trappings of all our favorite video nasties, from the flickering lights of the car park to the stuffed animals piled in the teenage bedroom.

"Baalberith makes a brutal return in the video for Dreadfully Pious," explains GosT of the video. "We would like to thank the director Diego González Cruz, cinematographer Andrés F. Morales and producer Pivote and Plot Studio for their absolutely beautiful and violent vision! Warning! This video contains graphically violent imagery. Watch at your own risk."

Check out Dreadfully Pious below, but heed GosT's warning – it's pretty bloody:

GosT's new album Valediction is out now, and serves as a change of pace from the nonstop horror tributes of the artist's previous releases.

"It’s more of a personal record," he told Kerrang! last year. "I’ve left most of the religious shit I was using behind — not totally, it’s still in there, but it’s more from a personal level rather than a fantasy, I’m-just-a-demon-from-hell-type story. This is definitely a lot more stream-of-consciousness in the lyrics. The religious stuff on this album is sort of more about how I react to it personally."

READ THIS: Horror punk – 19 songs you need to know

From Turnstile to Trash Boat to Jinjer, these are the best albums released in August 2021.

GosT Is Making Synthwave With A Warm, Beating Heart

On his upcoming new album, synthwave pioneer GosT brings an organic soul to the genre he helped create.