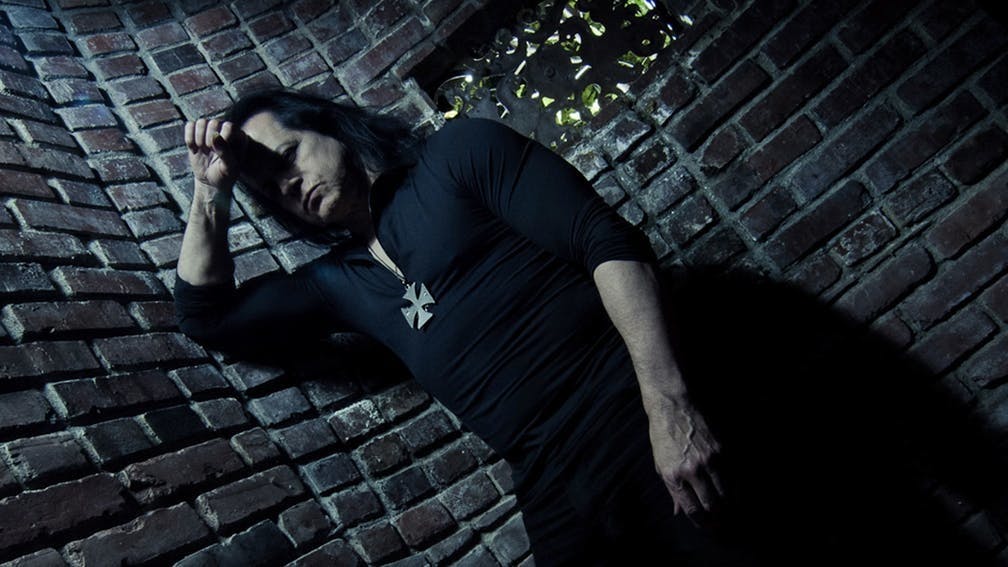 Earlier this year, Misfits frontman and goth metal star Glenn Danzig released Verotika, his debut film and an "instant cult classic" due to it being seen as hilariously bad. As far back as April, though, the singer has been promoting his upcoming second film, a vampire spaghetti western. Now, Glenn has backed up his claims, as the movie has apparently finished up shooting, and has a name and even some high-caliber stars involved.

According to Bloody Disgusting, the film is called Death Rider, and features Idle Hands star Devon Sawa. Sawa, it should be noted, also starred in The Fanatic, Fred Durst's tale of fandom gone wrong that was an unsurpassed failure at the box office.

At a screening of Verotika on Friday night, Glenn revealed a lot of details about the film, even as the rest of the cast remains under wraps.

READ THIS: Glenn Danzig: "The Misfits. We were angrier, we were faster, and we were louder"

"We just finished my vampire spaghetti western," he told audiences in Philadelphia. It's much different [from Verotika], of course, because there's no comic book to follow. So we had pretty free rein in the movie...All the characters have like a traditional vampire name and a traditional western name...A lot of guest cameos in it — some friends of mine came in and did some cameos in the movie. It's, again, based on the European cinema."

Apparently, Glenn also cameos in his own film, though he's quick to note that it's a brief appearance: "It's such a small part, but it was a lot of fun. I get to get all bloody, which I love being bloody -- it's part of what I do."

More on Glenn Danzig's death rider as it comes.

READ THIS: The 50 most evil songs ever

Here are seven bands or musicians who would prefer you kept your cell phone in your pocket at their shows.

Glenn Danzig To Start Shooting His Next Movie This October

Danzig will begin shooting the follow-up to his critically-panned Verotika next month.

Danzig's film, Verotika, will have a screening in Los Angeles on June 29.