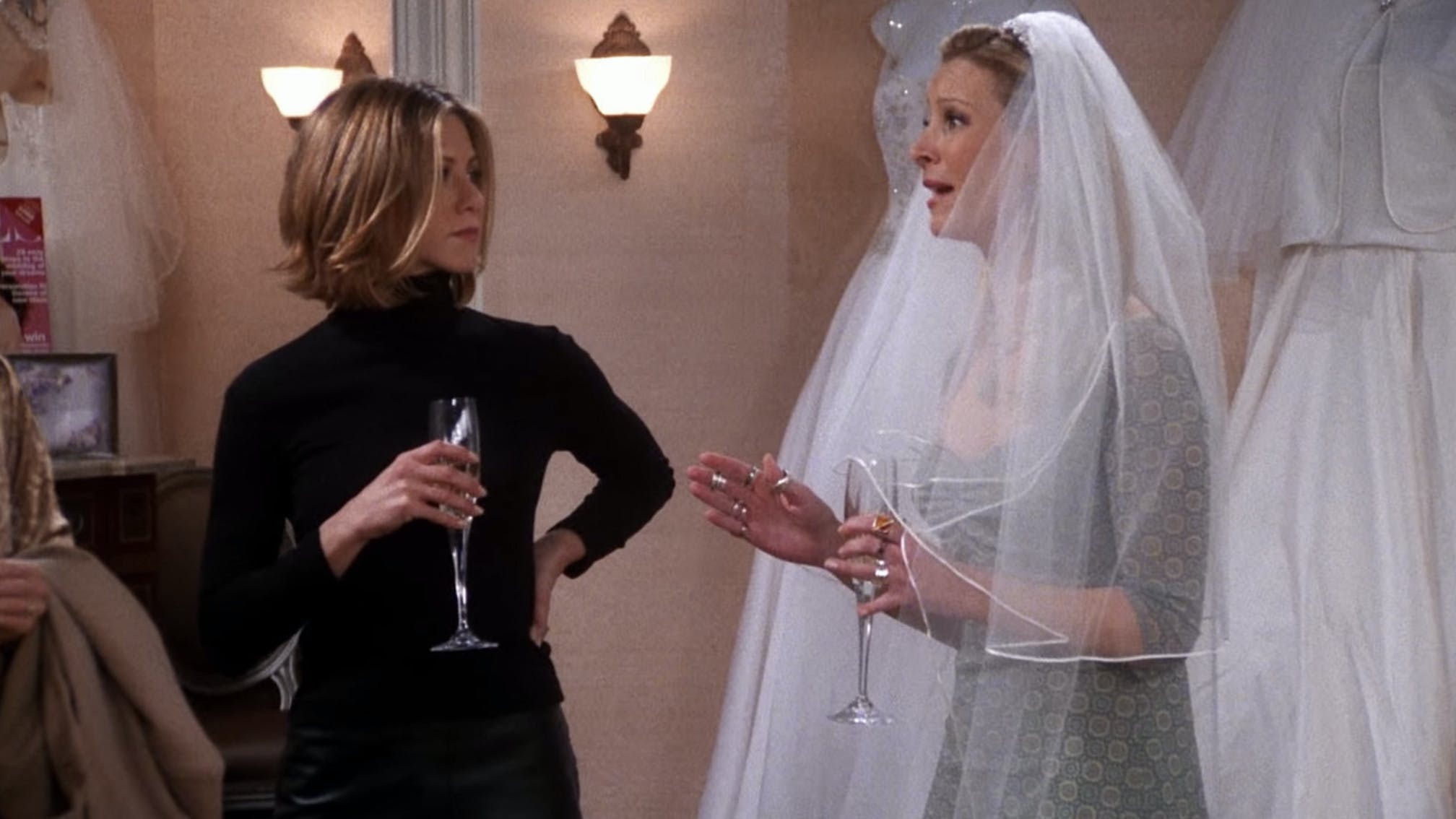 As Phoebe Buffay, Rachel Green, Monica Geller, Chandler Bing, Joey Tribbiani and Ross Geller finally reconvene after 17 long years for Friends: The Reunion (aka The One Where They Get Back Together), we decided to throw it back to the time Liverpool grindcore mob Carcass were surprisingly name-checked – twice – on the legendary sitcom.

Though rock and metal sadly wasn’t a part of the gang’s life in New York (though Joey does sing KISS’ Rock And Roll All Nite in one episode, and Phoebe mentions she’s working on “a couple of Iron Maiden covers” in another – but we don’t ever get to actually hear them), the absolute best reference came in series seven.

During the episode The One With The Cheap Wedding Dress, Monica, Rachel and Phoebe are shopping for dresses for Monica’s upcoming wedding to Chandler, when they meet a customer, Megan Bailey, in the dress store. (Things get a bit messy later on in the episode, but their first interaction is very pleasant.)

Read this: The 22 most essential grindcore albums everyone must own

After exchanging various details about their respective nuptials, Megan complains that her husband-to-be to be wants “the heavy metal band Carcass” to play at their event, to which Phoebe excitedly exclaims, “Oh, is that spelled with a ‘C’ or a ‘K’? Oh my god, it doesn’t matter, they’re both great!” (Side note: We can’t find an actual real band called Karcass, but we’ll take Phoebe’s word for it.)

Later on, when Monica finds out that Megan is blackmailing her by booking the group that Chandler wants to play their wedding, The Swing Kings, Phoebe eagerly enquires, “Does that mean Carcass is available?!”

Lovely as their wedding was, ultimately Monica and Chandler didn’t go down the Carcass route in the end. Nor does Phoebe let her apparent love for grindcore influence her own music, with hits such as Smelly Cat, Little Black Curly Hair and Sticky Shoes on the folkier side of things. Still, we’d like to state that this is very much the opposite of what Joey would refer to as a ‘moo point’, and Phoebe being a lowkey metalhead rules.

Watch both clips of the Carcass mentions below:

Read this: The 14 best comebacks in rock and metal history

The 10 most metal moments of Damnation Festival 2021

After a year on hold, Damnation Festival returned with a vengeance for two days of metal mayhem this weekend. Highlights were plentiful – here's 10 of the best...

Behemoth and Arch Enemy's joint tour – with support from Carcass and Unto Others – is hitting the UK in September/October.

Paradise Lost, Evile and more have also joined the Damnation Festival bill after the loss of all the planned U.S. bands…

The 22 Most Essential Grindcore Albums

The finest grindcore albums from the most unrepentantly violent music on the planet!