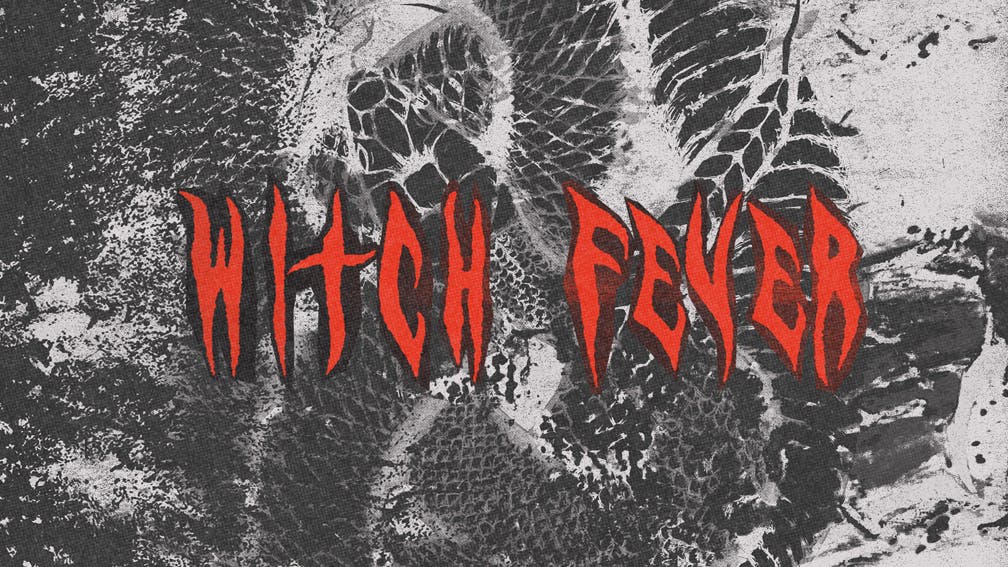 Those who attended Brit grime-punks Bob Vylan's recent UK tour will already have Witch Fever's spell on them. Already with a strong wind behind them, the challenge with this debut EP is to prove that they have the potential to be a name that will stick around, rather than another rising star that burns out as quickly as they blew up. By the end of record, however, there is no doubting that the excitement around the Manchester quartet is more than justified.

Witch Fever start off at their strongest with a stormy title-track that’s the most accomplished offering here. Laden with gravelly riffs and infectious refrains, it still carries a rough edge that emerges with singer Amy Walpole’s pained yell: ‘After all that I’ve been through, after all that I’ve seen.’ The devilish crunch of In The Resurrect maintains the momentum with its meaty riffs, stylish nu-metal-esque vocal delivery and the sheer menace of its lyrics, where Amy threatens to ‘kill your purposes / Fuck you up for fun’ in a disarmingly calm tone.

There’s a sense of polish to these tracks that’s particularly impressive to hear on a debut EP, even if it isn’t always consistent. The sludgy, scrappy Initiation has the unmistakable sound of a slightly green band playing pub basements, but it’s not bad by any stretch of the imagination, especially for a group in their infancy.

A clear strength Witch Fever do have, meanwhile, is their lyricism. While plenty of bands out there are penning feminist anthems, there’s such attitude and barbed aggression in their words that’s impossible not to like. The lyric book is full of gems such as ‘Get out of my c**t, I’ll fucking eat you alive,’ from In Birth that remind us that at the core of feminism lies anger, and on the flipside, defiance. If you’re a woman at a bar being harassed by a creepy man, these are the girls you’d want to come along and punch his lights out.

Reincarnate is a powerful, fierce debut oozing with potential, with as many mighty riffs and snarling feminist putdowns as any rock fan could possibly want. Witch Fever are a band that you’re not going to want to take your eyes off.

For fans of: Hands Off Gretel, Saint Agnes, Marmozets

Reincarnate is released on October 29 via Music For Nations

Read this: Slow Crush are the sound to a beautiful alternate reality

The next single from Witch Fever’s debut album Congregation is here – but brace yourselves, because things get intense…

In pictures: All the action from the Kerrang! Awards 2022

Check out our packed gallery from another incredibly special Kerrang! Awards ceremony!

From Frank Carter to Fall Out Boy and WARGASM to Weezer, here’s all the arrivals at Shoreditch Town Hall for the Kerrang! Awards 2022!