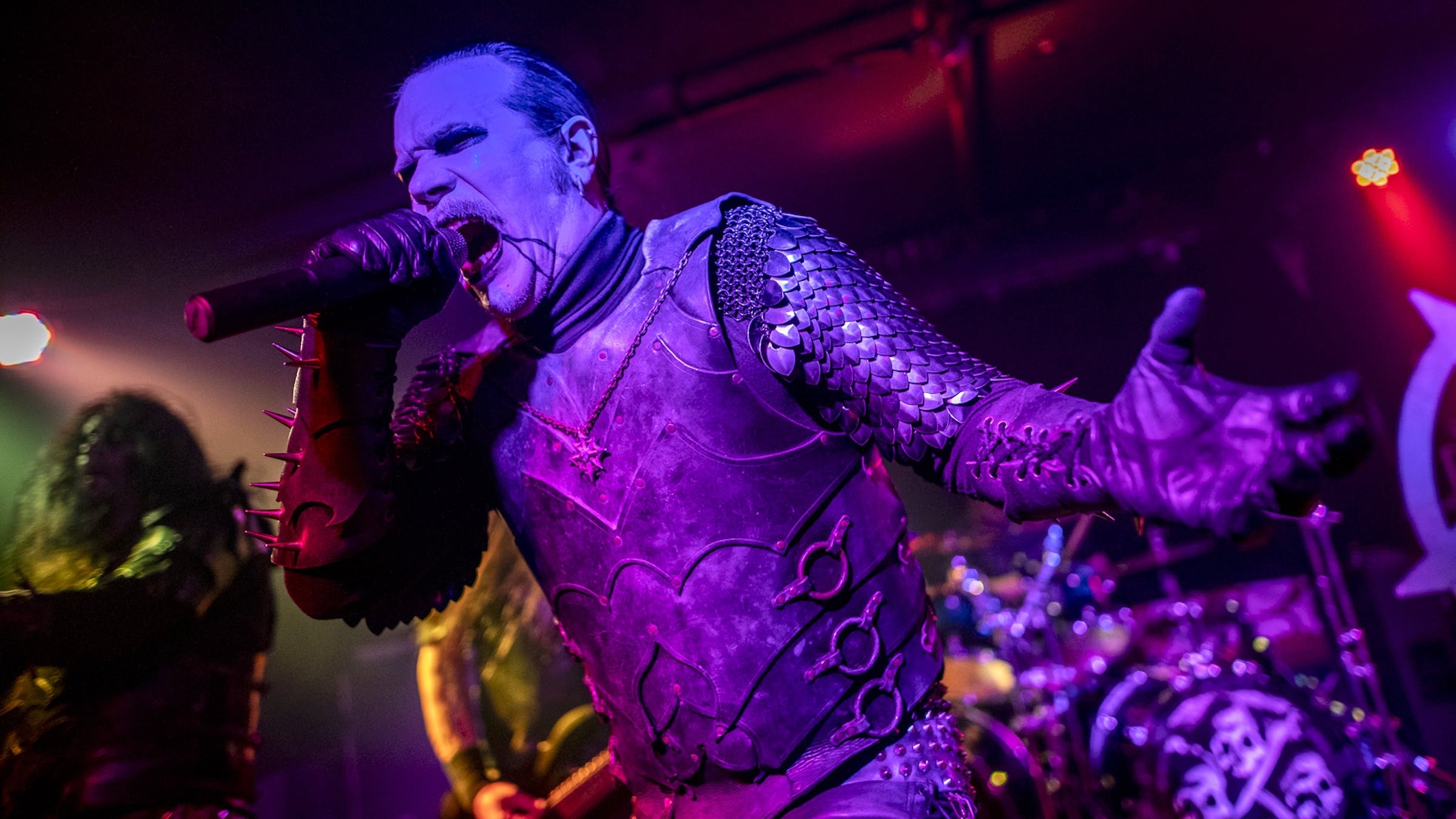 An outsider might be confused by the crowd at Brooklyn Bazaar this Sunday night. Obviously, the order of the hour is extreme metal -- there’s plenty of spiked leather, jet-black hair, and satanic jewelry -- but those climbing the narrow stairs don't quite fit the culture's more damning stereotypes. The audience is racially diverse, there are dozens of women in attendance, and everyone is in a great mood. It just goes to show that there’s something to the blue-collar approach to black and death metal championed by tonight’s bands -- Sweden’s Dark Funeral, Austria’s Belphegor, and Pennsylvania’s Incantation, among others -- that every fan can understand. Tonight, we’re all here to die for Lucifer, just like the good ol' days.

The two U.S. openers already display a breadth of sound that most metal crowds might not be interested in. Tampa, Florida’s Nightmarer come off like a death metal band sent from the future; their oozing, kinetic songs and backlit stage set-up make one think of a more pointed version of Portal. Denver, Colorado’s Vale Of Pnath, meanwhile, play the sort of wriggling, unpredictable metal that makes the listener picture all of the most colorful H.P. Lovecraft illustrations. The audience drinks them both in with bubbling excitement.

There’s something incredibly endearing about Poland’s Hate when they take the stage. The band are done up in corpse paint, and yet it's immediately clear that there’s little staged or theatrical about them. They immediately launch into a set of brawny, bone-crushing death metal that wastes no time in getting the audience to windmill their hair. They’re easily the most middle-of-the-road act in this line-up, much to everyone's pleasure.

For how old-school they are, Pennsylvania’s Incantation have never been a typical death metal band -- always a little creepier and more evil than most -- and tonight, their unorthodox nature pays off. The American quartet whip the crowd into a frenzy with their mixture of no-frills chugs and frantic solos. Their long-cultivated back catalog of both classic crushers and unusual occult anthems gets plenty of hands in the air, fingers wiggling along to frontman John McEntee’s playing.

Though they adorn the stage with animal bones and appear dripping with blood, Austrian blackened death metallers Belphegor play at a steady lava-flow grind. The melodic and industrially-paced sex anthems of the band’s latter releases are surprisingly absent; instead, Helmuth and Co. blaze through a Bolt Throwerish collection of their more virulently satanic tracks. That said, the audience is hungry for that aspect of Belphegor, and finally find the energy to mosh without inhibition.

What sets Dark Funeral apart from their black metal peers is how deliciously direct they are. When the Swedes takes the stage, there are no swishing capes or gothic synths soundtracking their arrival -- everything explodes in a flurry of armor and corpsepaint, blazing guitars and crackling drums. Frontman Lord Ahriman looks like he’s stepped out of a cursed painting with his blank white face and domed breastplate, but does little other than glare into the audience and reach his gauntleted hands to the sky. The front row of rabid, no-nonsense east coast metalheads snarls with excitement at the unadulterated assault.

By the time Dark Funeral close the night with Where Shadows Forever Reign, everyone is sweaty, bruised, and drunk as hell. The club spills out onto Greenpoint Avenue, the attendees' appetite sated with a heaping helping of meat and potatoes.

U.S. death metal legends Incantation make it 11 for 11 on Sect Of Vile Divinities

Morbid Angel will be on the road this fall this Watain and Incantation in tow.