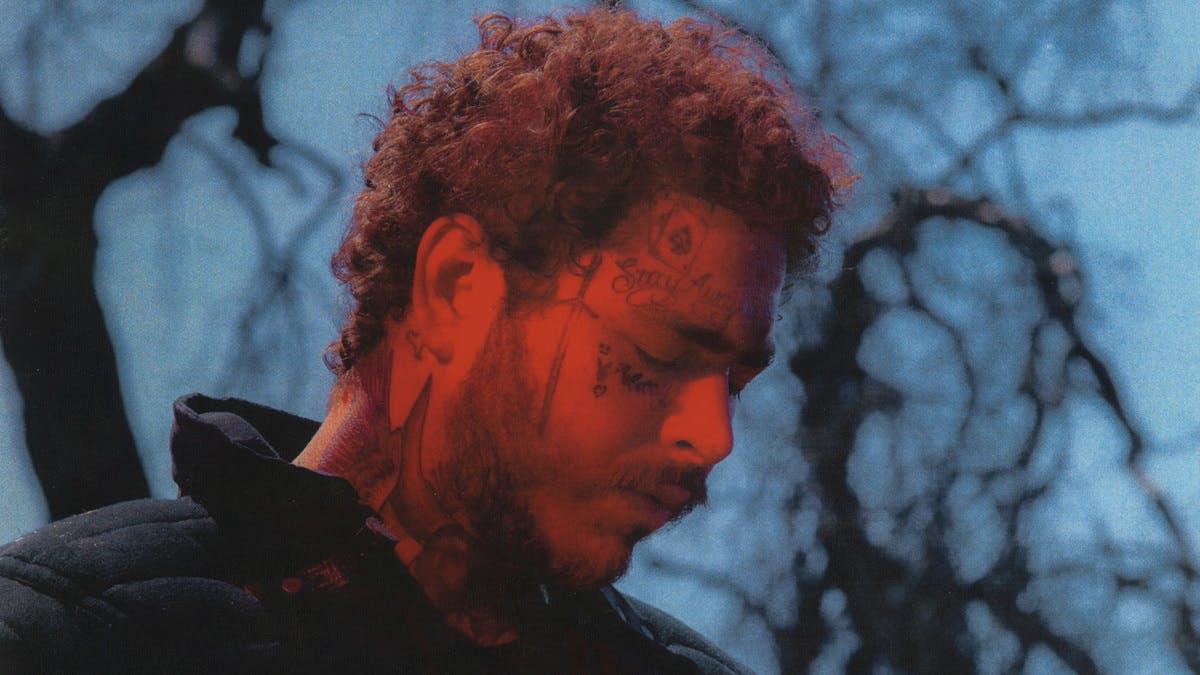 Post Malone: great rapper, big metal fan, terrible speller. Yesterday, for the big man’s birthday, his manager took to Instagram to share his wishes, and leak part of his new tune in a behind-the-scenes look at his new video. With an apparent aversion to umlauts and doing correct-incorrect-spelling, it’s called Motley Crew.

In the, ahem, post, manager Dre London wished his young charge many happy returns, and then revealed the new track would be out on Friday.

Read this: 12 bands who wouldn’t be here without My Chemical Romance

“Happy Birthday my brother Post Malone,” it read. “I tell u all the time you are 1 of the realest Americans I ever met!! So of course your day is today! This week we celebrated by shooting a MOVIE!! I’m excited to finally announce new single Motley Crew dropping Friday! Full project with Concert Doc coming real soon!”

Mötley Crüe drummer Tommy Lee recently revealed he’s involved in the video as well. One can only imagine him trying to work out what’s not quite right about that title.

Meanwhile, Post producer Andrew Watt has been at work on Ozzy Osbourne’s new album, the follow-up to last year’s Ordinary Man, on which he played guitar as well as manning the mixing desk, and where Postie duetted with the Double-O on It's A Raid, returning the favour for Ozzy appearing on Take What You Want from his own Hollywood's Bleeding album.

At the end of last year, he gave an update, saying they had a load of songs in the works with Foo Fighters drummer Taylor Hawkins, Metallica and former Ozzy bassist Rob Trujillo, and Red Hot Chili Peppers drummer Chad Smith, who also kept the beat on Ordinary Man.

“I started doing a bunch of basic tracks with Chad and Robert Trujillo, who used to play in Ozzy’s band,” the producer told Guitar World. "And Taylor Hawkins also came in and played a bunch on the record as well, which adds a different flair – it kind of harkened back to Ozzy’s ’80s era, in a great way. And I think it’s so cool for a rock fan to be able to listen to half an album with Chad Smith on drums, and then you flip it over and you get to hear Taylor Hawkins.

"And you know, the last album was really special for everyone involved. And so there was no point in Ozzy or me doing this again unless we thought we could bring something new to the table. And I feel like we’re achieving that.

"There’s some songs on there that are like eight or nine minutes long that are these really crazy journeys. I’m really excited about it.”

Read this: Trent Reznor: "The Downward Spiral beat the shit out of me"

Pam & Tommy has been nominated for 10 Emmys

Sebastian Stan, Lily James and Seth Rogen are all up for Outstanding Actor in their respective categories for the 74th Emmy Awards.

“The invasion of our privacy was constant”: The real story behind Pam & Tommy

As Pam & Tommy arrives on Disney+ this week, we look back at the real story of Pamela Anderson and Mötley Crüe drummer Tommy Lee’s whirlwind romance, and how the leaking of their sex tape raises serious questions about privacy and consent.

See Lily James as Pamela Anderson and Sebastian Stan as Tommy Lee in the new teaser trailer for Pam & Tommy, which hits Disney+ in February.

Pam & Tommy finally has a UK release date! Disney+ have confirmed that the first three episodes of the series will debut early next year…

See Lily James as Pamela Anderson and Sebastian Stan as Mötley Crüe's Tommy Lee in Hulu's upcoming series Pam & Tommy – which is based on "the true f*cking scandal".