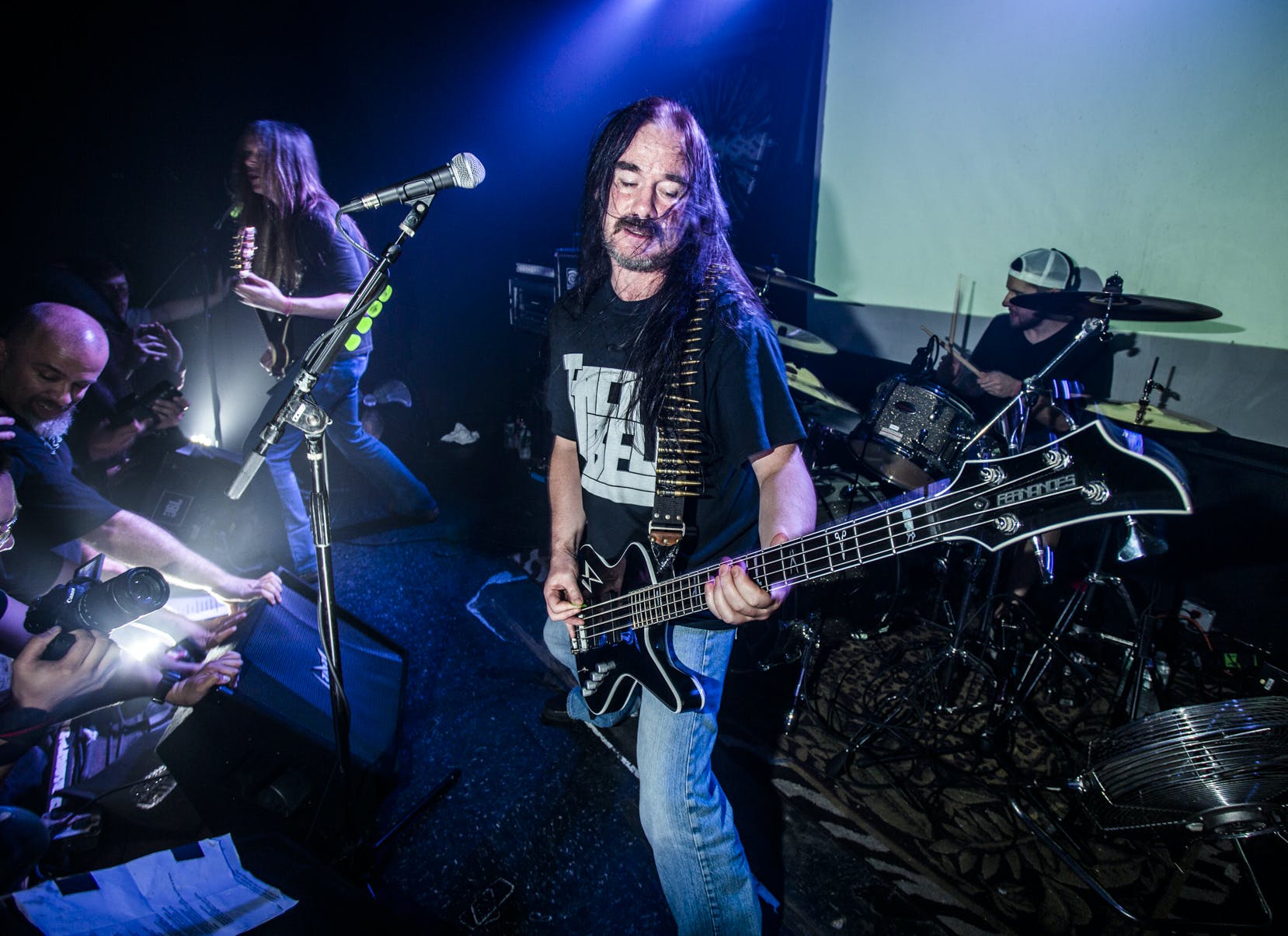 Among the comeback albums that have graced metal over the last decade, few were as strong as Carcass' 2013 release Surgical Steel. Deftly mixing the Liverpool gore metallers' crunchy early material with their melodic later output, the record displayed a maturation of the band's sound without sacrificing any of the blood and guts. Now, anatomical purists can rejoice, as Carcass have announced a new full-length record, to come out this August.

Carcass announced the yet-untitled follow-up to Surgical Steel last night, in a Facebook post with a simple message:

Fans could probably have seen this coming, given that Carcass released their first new track since Surgical Steel late last year as part of Decibel Magazine's Flexi-Disc series. The song, Under The Scalpel Blade, is a little more brolic than some might expect from Carcass, but certainly scratches that infected itch. The band have said that the track will be included on their new album.

Listen to the song below:

For most metalheads, Carcass will forever be known as one of the genre's extreme forefathers, whose repulsive grindcore beginnings gave way to their bludgeoning death metal rhythms that helped give the scene its bounce and medical obsession. The power of 1991's Necroticism: Descanting The Insalubrious put it at #4 on our list of the 15 greatest death metal albums of the '90s.

"After revolutionizing extreme metal by helping create grindcore, Carcass then did a one-eighty, thickened up their riffs, and released one of the greatest albums death metal has ever known," wrote our own Chris Krovatin. "That said, it’s exactly that nutrition that makes Necroticism the powerhouse that it is: With their starker, punk-informed background, Carcass were ready to change tempos on a dime and focus on adventurous songwriting rather than blind fury. As such, tracks like Inpropagation and Incarnated Solvent Abuse have a gnarly spring in their step, while the raw brutality of Corporeal Jigsore Quandary still maintains a bizarre playfulness that makes it a total fucking earworm."

The 10 most metal moments of Damnation Festival 2021

After a year on hold, Damnation Festival returned with a vengeance for two days of metal mayhem this weekend. Highlights were plentiful – here's 10 of the best...

Behemoth and Arch Enemy's joint tour – with support from Carcass and Unto Others – is hitting the UK in September/October.

Paradise Lost, Evile and more have also joined the Damnation Festival bill after the loss of all the planned U.S. bands…

Friends: The one where Phoebe revealed she was a Carcass fan

Could Friends’ Phoebe Buffay be any more of a metalhead?!