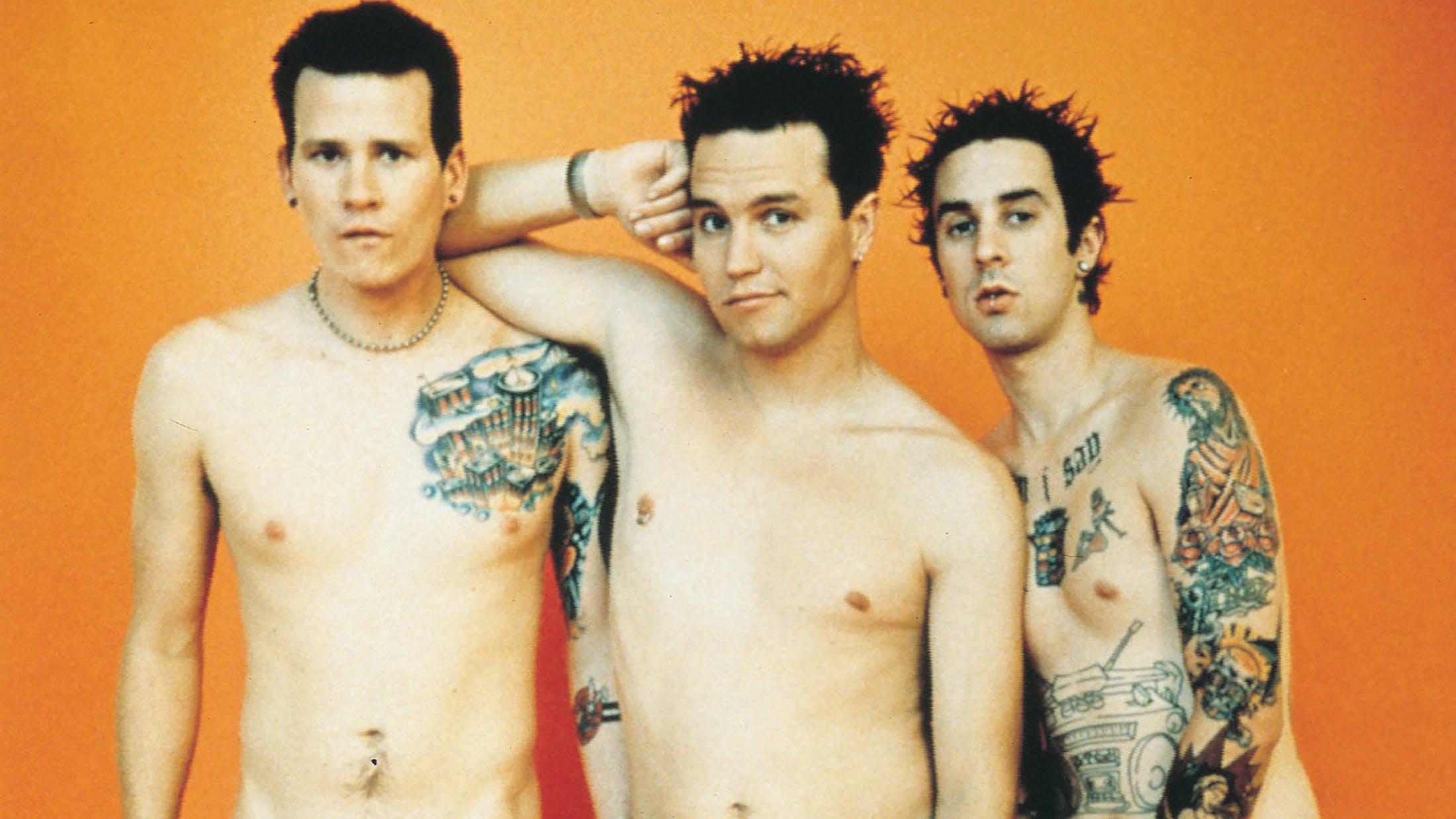 Punk was in a strange place at the turn of the 21st century. Loud, fast and unapologetically obnoxious, it had always been the closest possible approximation of the teenage experience without jamming a hand down your pants.

Previous generations’ nihilism and righteous anger – the craving for political and counter-cultural change – had been suffocated under a wave of pre-millennium societal self-satisfaction. What it meant to be a teenager was changing, and the safety-pin militia were struggling to keep up.

Many acts had already tapped into the energy of smaller scale rebellion. SoCal legends like NOFX, Descendents and ALL understood that teenagers felt less aggrieved by unrelatable politicians than interfering parents, pushy teachers and playground bullies. Adolescent emotions – uncertainty, frustration, hormonal craving, inescapable humiliation – might be fleeting, but they’re no less keenly felt for it. A heady cocktail of sun-beaten ecstasy and teenage angst had begun to brew.

In 1994, The Offspring’s Smash and Green Day’s Dookie had taken things a step further, pouring fuel on the pop-punk fire while redefining what the genre could be, as fans flocked to the new sound in droves. Even that watershed felt more like an evolutionary shift than a tipping point, though, with one foot still lodged in the ethos of ‘real’ punk.

On June 1, 1999, as blink-182’s third LP hit shelves – featuring porn star Janine Lindemulder in that instantly iconic nurse’s uniform on its front cover, and the band themselves uncomfortably in the nude on the back – it felt like the zeitgeist had truly been captured and pop-punk’s floodgates had toppled. Twelve tracks of polished, ecstatic goofiness, undercut by moments of deceptively profound introspection, it was received as manna from heaven for the suburban masses. And in lead single What’s My Age Again? – its accompanying cut featuring a naked sprint through the sunny streets of Los Angeles – the San Diegan trio had an earworm to burrow right into the cerebrum of popular culture.

Best of all, where you felt that the inevitable cries of ‘sell-out’ likely stung their Berkeley brethren, blink wholeheartedly embraced their position as figureheads for Generation MTV. Hell, in core duo Tom DeLonge (guitar/vocals) and Mark Hoppus (bass/vocals), they even had their own Beavis and Butt-Head: sniggering, potty-mouthed, unapologetic nerds.

It’s understandable, perhaps, that punk’s godfathers and the gatekeepers of alternative culture reacted with derision bordering on alarm to this kind-of-reverse evolution. Were the scene’s traditionally high-minded Homo sapiens really watching themselves be supplanted by a new breed of Neanderthal?

“You can fall into a relationship with MTV, of needing them and then you wind up in your underpants, introducing your new video…” came the barely-veiled dig from Nine Inch Nails frontman Trent Reznor. Sex Pistols’ already ageing frontman John Lydon also administered his badge of (dis)honour, dismissing the band as a “bunch of silly boys… An imitation of a comedy act.”

Back then, Kerrang! didn’t see things much differently. Initially, at least.

“Million-selling Yank fuckwits!” seethed our 1/5 evisceration of said lead single. “With their moronic sense of humour and corporate approach, blink-182 stand for just about everything that sucks about punk rock as we approach the millennium.”

“Fuck critics,” fired back a then-27-year-old Mark Hoppus during the K! cover feature subsequent to the record’s release. “The only people I care about getting respect from are the kids. Being thought of as a joke band is better than being thought of as an ‘art band’ or a ‘heavy band’. I respect bands that use their music to present a message to better the world, but that’s not our role. Our role is to get onstage and have fun…”

Although it felt like it to many, blink did not emerge overnight. After three ear-catchingly unrefined demos, their 1995 debut Cheshire Cat arrived overspilling with ramshackle charm, but inspired only a cult following – the band’s uncouth and off-colour humour attracting raucous attention in Australia before anywhere else. 1997 follow-up Dude Ranch struck more of a chord, spawning their first hit in Dammit and eventually shifting over a million units in its own right.

Their cultural coming-of-age started properly in February 1998. In the midst of the third annual SnoCore tour (a sort of mini-Warped, in the ice) alongside Primus and The Aquabats, alcohol abuse saw the band confront, and eventually part ways with, original drummer Scott Raynor. The recruitment of garbage disposal technician (and Aquabats sticksman) Travis Barker was intended on a temporary basis. It became quickly apparent to all involved, however, that he was the perfect fit. blink delivered 100mph compositions, grounded (slightly) more in gritty reality than Travis’ superhero-costumed other gig. He brought a pinpoint precision to proceedings – a rock solid spine around which they could build. Roping in punk rock über-producer Jerry Finn for LP number three, the parts were in place to shoot for superstardom.

In deconstructing how their scatological scattershot hit the target, context is everything. The digital revolution was in full flow, but well before the era of high-speed wireless internet, most teenage interaction still had that personal touch: school, parties, awkward conversations out in the open. Social media was a long way off, as were swift modern pieties of social justice. Music itself remained a physical affair, whether bought from record stores or traded on illicit CD-Rs in industrious playground exchanges and grubby flea markets.

There was nothing like today’s division in American society. President Clinton was a political figurehead with whom it was difficult to feel aggrieved: a sax-wielding funster, with no foreshadowing in him of the leaders who would take the job afterwards.

Even amongst such storied silliness, blink took the don’t-give-a-fuck attitude to new levels. The doors to San Diego’s DML Studios were frequently opened to fans during songwriting sessions. Recording was constantly punctuated by bare-all practical jokes. When Jerry suggested the band veer into more polished pop territory, any concerns over punk ‘credibility’ were quickly shrugged off.

When the album arrived, it was a masterclass in polished bullshit. Lyrical nuggets like ‘I need a girl that I can train’ (Dumpweed) and ‘Your mom’s a whore’ (Dysentery Gary) skewered the teenage male mindset with such a sense of the OTT it was almost impossible to take offence.

“In interviews we’ll try to outdo each other by saying the most outrageous things we can think of,” Mark explained, at the time. “I’ll be like, ‘Yeah, I wanna fuck my mom.’” To which Tom added, “And I’ll be saying, ‘I wanna fuck my mom and stick two fingers up my dad’s butt, poke the shit out and chew on it.’”

It was only when they hit the road – most notably on the Loserkids tour, where arenas were transformed into drive-in theatres, as captured on November 2000’s accompanying live album The Mark, Tom And Travis Show – that they redefined punk as playground of the provocateurs. ‘Shit, piss, fuck, c**t, cocksucker, motherfucker, tit, fart, turd and twat’, rang one gloriously effluent chorus (Family Reunion), capturing immature imaginations everywhere.

“You just know that parents are hauling their kids out of our shows going, ‘You’re never listening to that band again!’” grinned Mark in the afterglow of one particular outing, with equal parts tongue-in-cheek and crooked mischief. “That’ll make kids want to listen to us more. It’s our cunning plan for world domination. Critics don’t get it, but kids do because we talk exactly like they talk to each other. We don’t put ourselves above the kids. We are the kids…”

As time has proven, beneath blink’s bullshit beats a heart of gold. In the wake of this wilfully chaotic outburst, a structured legacy would unfurl. There were, indeed, men behind these boys. Two decades of repeat listens by once teenage fans has seen these songs’ subtextual essence wholly distilled: cringing fondness, near-sighted nostalgia and the heart-wrenching melancholy of knowing one’s best days are but a fleeting moment. Even for those less invested, the hallmarks of blink-182’s stained class would soon become blindingly clear.

Enema’s seventh track and third single Adam’s Song, for instance, smuggled in a potent anti-suicide message on the back of the surrounding silliness – a sober acknowledgement of the dark side of that teenage experience with the real intention of helping fans in need. In 2000 it was set to replay indefinitely on a nearby stereo as 17-year-old Greg Barnes – a Columbine High School student who had lost one of his best friends in the massacre the previous year – hanged himself in the garage of his family’s home. All clowning was swiftly ceased to acknowledge the tragedy and stress the meaning of the song.

Twenty-seven months after Enema’s release, the events of September 11, 2001 would soon return the grimace to punk’s craggy face, too. Despite that encroaching darkness, not to mention their own stylistic swerves, blink held open the floodgates they helped kick down. From Sum 41, Good Charlotte and New Found Glory, to Fall Out Boy and My Chemical Romance, to All Time Low, Waterparks and Neck Deep, good time punk rock, delivered on its own vibrant terms has always found a way.

Typically cocksure, Mark insisted the band always knew what they were doing, even amidst the madness of it all. “Punk rock is about doing what you want in your heart and not thinking about what people think.”

For that, a generation of bullshitters still partying like it’s 1999 owe this multi-platinum ‘joke band’ a shitload of gratitude.