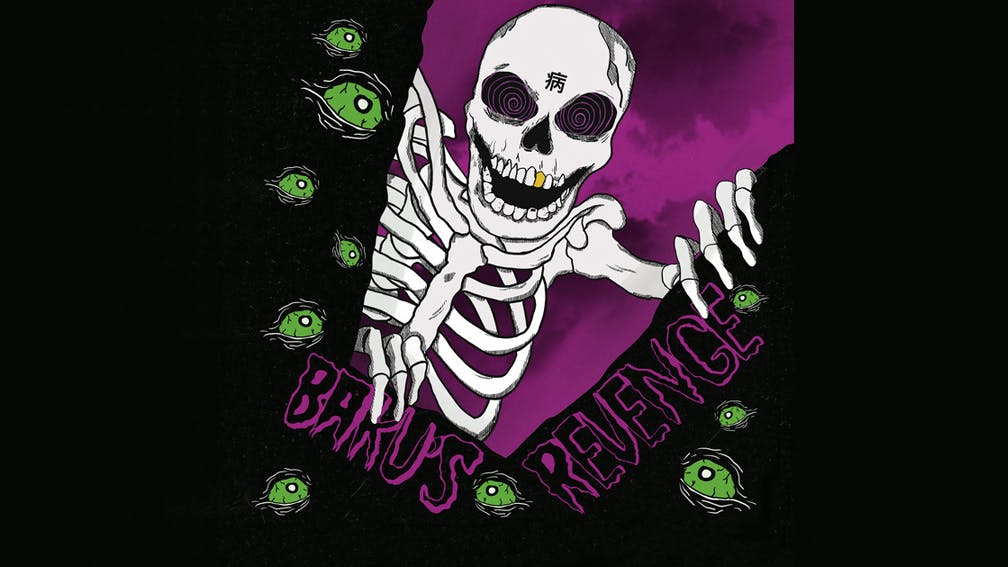 Before Magnolia Park get things going on their debut album, frontman Joshua Roberts has some choice words for the haters. “I hear y’all say Mag Park ain’t punk, Mag Park uses AutoTune, shut the fuck up!” he crows. It’s actually rather wise advice. If the naysayers come away from the album having still not been won over by the Floridian pop-punkers’ impeccable hooks, they may well look a bit silly.

Whether Baku’s Revenge is your cup of tea or not, it’s undeniable that they're incredibly accomplished songwriters. Every chorus feels capable of rewriting the definition of catchy, whether it’s the slick, bouncing early single Feel Something or the gleefully wry Radio Reject, which comes across, in a refreshing way, like Common Courtesy-era A Day To Remember with a modern coat of paint. They’ve got a large bag of tricks besides that, though – Ghost 2 U, for example, contrasts its angst with hand-clapped beats, while Misfits surprises in its back half when it displays a darker, heavier sting in its tail. While plenty of bands have attempted to spice up the pop-punk formula with synth-pop breaks or the patters of a drum machine, Mag Park still do it better than most.

The other striking thing about Baku’s Revenge is its unflinching honesty. Much of it is dark, but it’s effective because every experience is deeply real. The aforementioned Misfits calls out an abusive partner for exactly what they are, Drugs confronts the slippery slope to becoming a member of the 27 Club, while Paralysed recalls memories of police violence: 'I learned the hard way that the cops aren’t my friends / They put my face into a ditch / What a racist piece of shit.' It’s when they’re frank that they’re at the best, unlike in the slightly sickly misstep of love song Addison Rae that employs nostalgia as a crutch, even throwing in a line about being sick of one’s town with no irony whatsoever.

Generally, however, Magnolia Park manage to do a lot of fantastic things across the record’s breezy 23 minutes. Even if you’re sick of pop-punk by this point, they deserve a space in your playlists.

Baku’s Revenge is out now via Epitaph

Ryan Oakes and Magnolia Park have joined forces for WHITE FLAG, which Ryan calls “incredibly unique” and says that “nothing’s really been made like it yet”.

Magnolia Park take “you back to the height of ’00s pop-punk” with their new single Addison Rae.

Watch the video for Magnolia Park’s infectious new single, I should’ve listened to my friends

Magnolia Park have released another new single, which – as the title suggests – is about losing friends over toxic relationships.

Magnolia Park are back with a new single that aims to bring “awareness to racism in the music industry”.