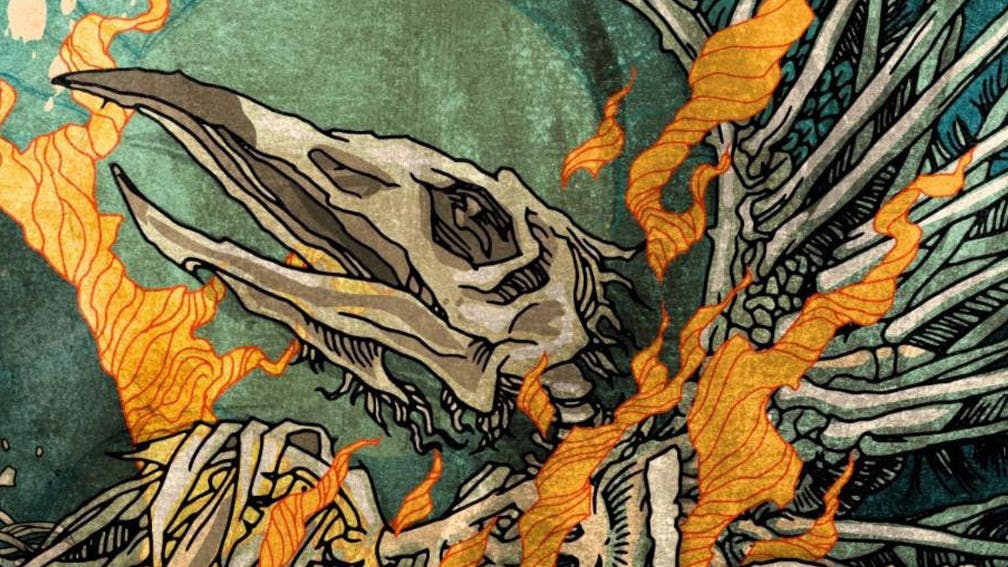 Randy Blythe once told Kerrang! he reckoned he'd be done by now. He didn't want to still be doing Lamb Of God when he was 50, he shrugged, insisting that it's not something anybody would ever need to see. Too late – he turned 51 this year. And yet even with all his apparent resistance to it (on another occasion, when asked what he was going to quit next, having sworn off drink and then cigarettes, one of his bandmates is said to have beat him to the half-joking answer: "Lamb Of God"), he and his band, like Slayer before them, remain firm at the front of metal. Even the departure of drummer Chris Adler has done squat to dent things.

There is no surprise, then, that Omens finds the Virginia metal bruisers returning sounding as reliably heavy, violent, and pissed-off as ever. No matter how the omens may have looked.

They don't fuck about. Experts in the art of metallic demolition, Nevermore, Vanishing and To The Grave are a triple-whammy opening slug of muscular, chugular riffs and grooves that hit with that familiar Lamb Of God satisfaction. The title-track takes a simple two-note riff and makes it charge like an elephant, while Denial Mechanism is a virulent blast of hardcore rage. Randy has said, "It's a very pissed-off record, an extremely pissed-off record," and it is, but being this angry here sounds like so much fun.

It's all given an extra kick in the pants from the manner in which it was recorded. Done largely live in the studio, together, looking at each other, the already taut LOG energy thrusts even harder.

In 2022, Lamb Of God have their feet firmly under the table of unshakable metal big-lads. But like Slayer and Megadeth before them, they've both got there and stayed in their seat through an ineffable ability to kick you expertly in the nuts every time, even years after they first did it. And, actually, the omens were all there to tell you that.

For fans of: Slayer, Machine Head, Employed To Serve

Omens is released on October 7 via Nuclear Blast

Lamb Of God postpone UK and European tour to 2023

Lamb Of God’s State Of Unrest tour is moving back a few months “due to unforeseen circumstances”.

Lamb Of God have announced the first-ever Headbangers Boat cruise

Lamb Of God, Mastodon, Hatebreed, GWAR and more are setting sail on the Norwegian Pearl next year…

Lamb Of God’s Randy Blythe: My life in 10 songs

From run-ins with the law to reflections on his home state of Virginia, Lamb Of God frontman Randy Blythe looks back over more than two decades on metal’s most cutting edge…

Inside the cult of GWAR: “We might be weirdos, but there are a bunch of other weirdos out there, too…”

Severed heads. Geysers of bodily-fluid. A ‘cuttlefish’ doubling as an alien penis. For 36 years, GWAR have thrived as oddball outsiders, blurring the line between shock rock and absurdist theatre. To celebrate documentary This Is GWAR, we find out why The Scumdogs Of The Universe – and their fanbase of ‘Bohabs’ – keep coming back for more…