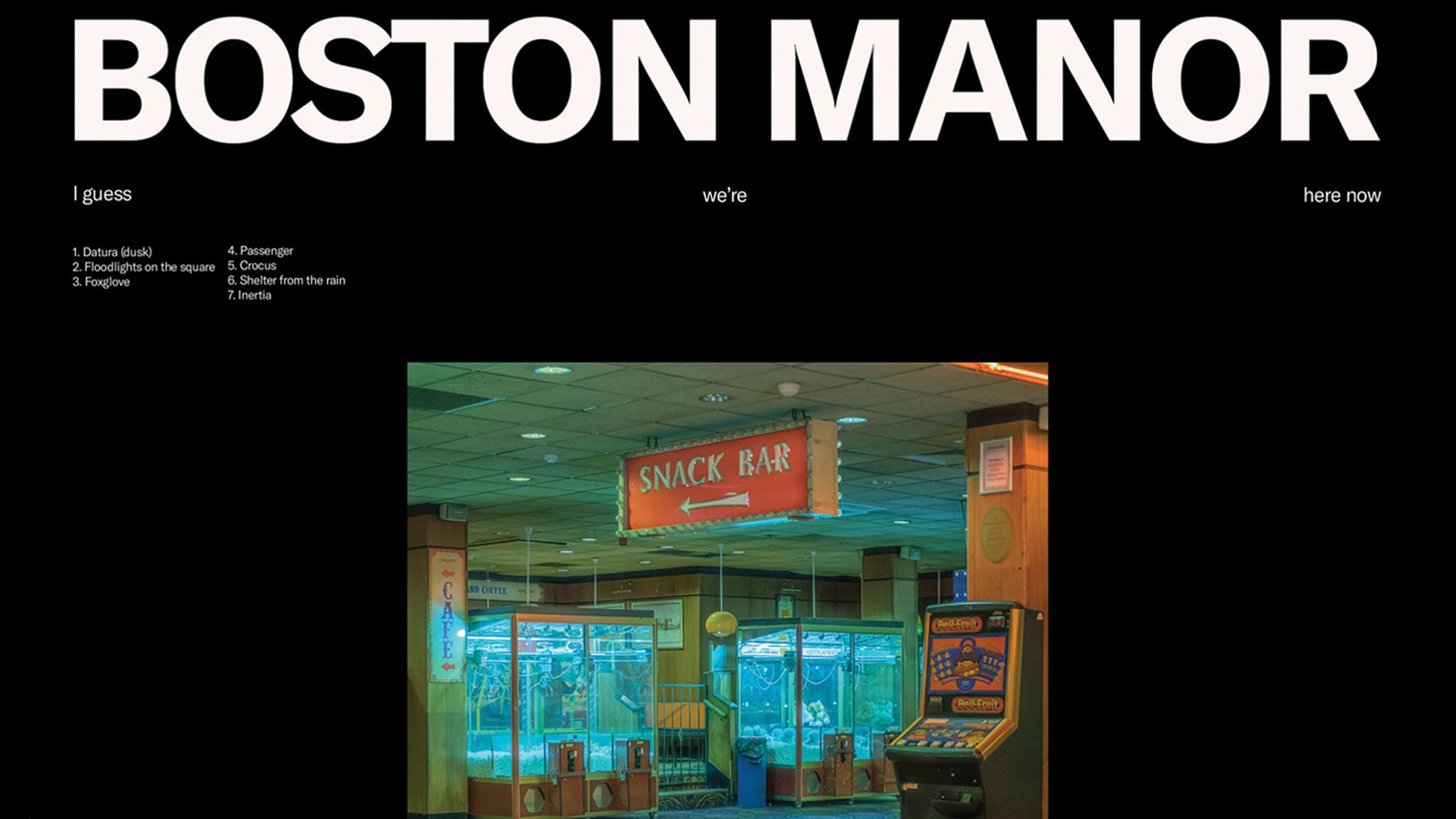 In March 2020 – just as coronavirus was officially declared a pandemic, but let’s skip all that stuff – Kerrang! put Boston Manor on the cover of the magazine for the very first time, proclaiming them ‘The Voice Of A New Generation’ and pondering that their third album GLUE could well be ‘one of the most important records of the year’. It was whole-heartedly deserved, given how the Blackpool quintet had not only pushed their sound further than ever before (well, up until that point), but also tackled important topics such as toxic masculinity and the grim state of British politics.

So… how do you follow that? Emphatically shoving aside any pressure on their shoulders to step things up once again, fourth record Datura (following last year’s great Desperate Times, Desperate Pleasures EP) is the sound of a band comfortably settling into their status as one of the very best in modern British rock music. From their experimentation to frontman Henry Cox’s beautifully personal and honest lyrics, everything about this is just spot-on. Thematically taking place over one night, the seven songs that make up Datura are equal parts cinematic, catchy and cool, while also spectacularly showcasing Boston Manor’s creative growth.

Opener Datura (dusk) is the perfect introduction into this dark new world, channeling Nine Inch Nails with synths and electronics building the tension. ‘We’re scared and we’re alone,’ admits Henry hypnotically, as he bravely gears up to spotlight his mental health. More ‘traditional’ Boston Manor sounds soon follow via the excellent segue into Floodlights on the square, which combines a tinge of horror soundtrack with the band’s classic swaggering riffs and explosive sing-along choruses. Foxglove and Passenger continue to up the ante – and, while Henry recently modestly told Kerrang! those types of massive anthems were the band’s “bread and butter”, Boston Manor simply do them better than any of their peers.

Datura’s final two tracks are perhaps the most noteworthy: the atmospheric Shelter from the rain is exactly as it sounds, an unsettling and yet really quite pretty instrumental made for moody nights of doing nothing more than staying in to escape the outside world. Inertia, meanwhile, ends on a more hopeful note as Henry pays tribute to his wife while his bandmates come together for a gloriously layered and compelling post-hardcore ballad. ‘It’s a new world outside / Let the big wide world in,’ the frontman encourages, and you can’t help but want to follow his every word.

So, just as Boston Manor impressed with their pre-pandemic efforts, now they’ve become an even more extraordinary proposition. This is an album – and a band – to be listened to over and over again.

For fans of: Bring Me The Horizon, Nine Inch Nails, You Me At Six

Datura is out now via SharpTone Records

Read this: Boston Manor’s Henry Cox: “I want these songs to last, and to have a place in people’s hearts for a long time”