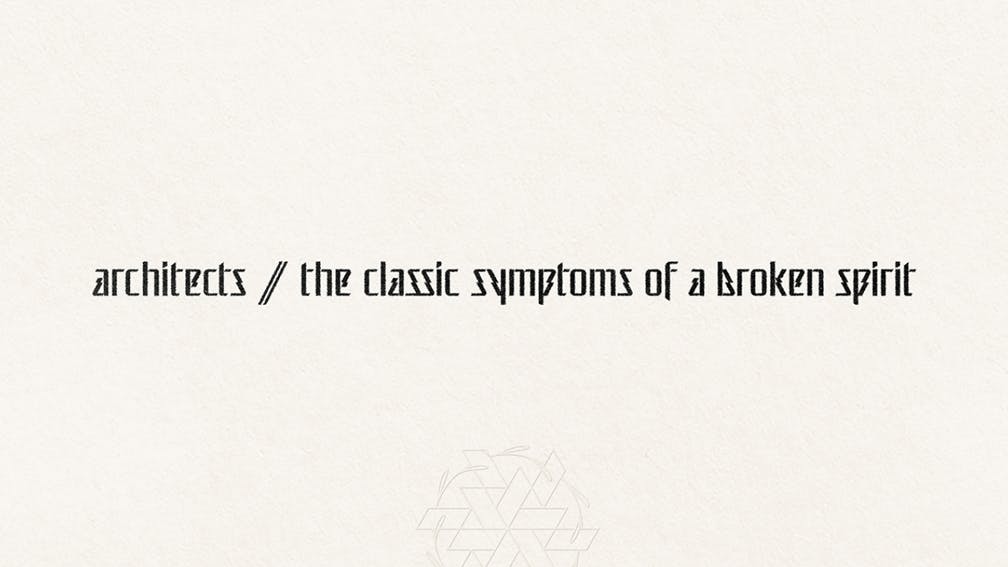 Architects have always been shapeshifters. Cast your mind back to the simpler times of 2006 and they were scrappy metal upstarts, fast-forward a few years and they’re exploring more technical and mathematical realms, forward again and they become the undisputed champions of metalcore with the staggering trilogy of Lost Forever // Lost Together, All Our Gods Have Abandoned Us and Holy Hell. Now, two records later, on what is incredibly their 10th album, the band are continuing to develop and metamorphose into something even more ambitious.

Even without listening to the record, there’s a clear, calculated shift away from the supposition of what a metal band should be. Simple, white artwork with all titles in lower case – not a whiff of Satan worship or abject misery.

The heart and soul of the record resolutely remains the band that have risen to become one of the greatest in the UK. But where they previously found emotional expression through strings and expansive passages, TCSOABS further embraces the world of electronics into the band’s repertoire. From the glitchy to the ethereal, synthesised sounds are interwoven to the crunching guitars, stank-face breakdowns and pounding, militaristic percussion, adding further depth to a sound they’ve been perfecting for almost 20 years.

As with any contemporary metal band daring to use electronics, it’s hard to escape comparisons to scene leaders Bring Me The Horizon, not least on opener deep fake both in its use of synths and the vocal delivery. The shadow of Sempiternal still hangs heavy over metalcore almost a decade later, and while the Steel City festival-botherers are clearly an influence, there’s even more at play here – not least on the exceptional tear gas with its industrialised Rammstein guitars adding much needed heft.

Dive further into the record and the marching beat of spit the bone has quite the tonal shift with an almost jovial feel, burn down my house is a much slower, moodier affair, shrouded in static, and living is killing us conjures images of speeding through a futuristic cityscape with synthwave beats buried deep in the mix. Layers stack up throughout the album, never content to stick to one idea, this isn’t meat and potatoes metalcore – this is gourmet Architects.

Sure, not all of it hits the spot – all the love in the world tries to achieve heights it can’t quite reach and there are moments the band almost feel restrained, neglecting to go too heavy at times when it could have been a real benefit, but there are genuine flourishes here that will no doubt be setlist mainstays for years to come. The gargantuan when we were young is begging to be belted out in arenas, so too is the stomping chorus of born again pessimist, while new moral low ground is pure circle-pit fuel (and that solo is joyous).

Undoubtedly, the classic symptoms of a broken spirit will divide opinions amongst the Architects army. Those wanting them to try and recapture the magic of AOGHAU are shit out of luck, but those willing to join the metalcore heroes on their never-ending journey of discovery will find much to uncover. And if you’re sat there thinking they’ve forgotten how to be metal, closer be very afraid will change your mind. It’s a ferocious, fearless record from one of Britain’s best.

For fans of: Bring Me The Horizon, While She Sleeps, Bury Tomorrow

Read this: Architects: “You want your music to be an escape for people. You want to be a place where people can come together…”