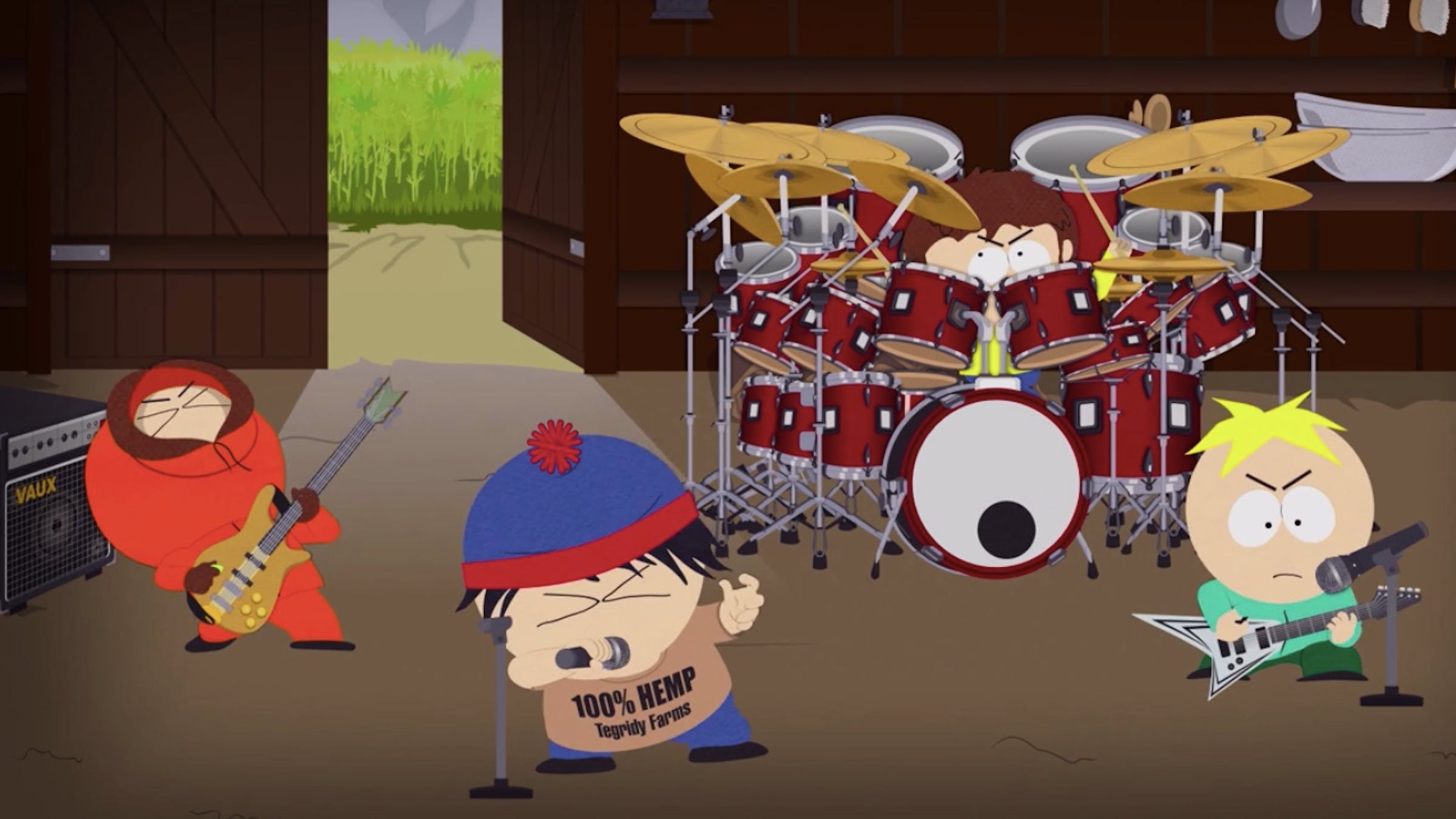 For decades, South Park has long expressed its love for metal -- the show's young protagonists have had spooky adventures with Korn and used Slayer to scare away hippies. Now, the show's latest episode sees Stan Marsh and friends forming a band named Crimson Dawn -- who turn out to be a brutal death metal band playing tracks by slam pioneers Dying Fetus and French death metallers Death Decline.

The episode, the second of the current season, sees Stan performing with his recently-formed band Crimson Dawn -- also featuring Kenny McCormick on bass, Jimmy Valmer on drums, and fuckin' Butters on guitar -- at South Park's local Autumn Festival. But what everyone's expecting to be a rustic folk song turns out to be ear-crushing death metal -- which, surprisingly, gets the guys signed by a record producer later on.

Watch a clip of the episode below, with Death Decline up first and Dying Fetus' song Second Skin on afterwards:

READ THIS: 13 of the best songs about mothers

For the record, here's the Dying Fetus track in full:

Dying Fetus' classic track Praise The Lord (Opium For The Masses) locked in the #40 spot on our list of the 50 best album openers in metal history. Describing the 2000 slam metal hit, writer Chris Krovatin wrote, "Opening up with arguably the most iconic slam riff of all time, the first song on Dying Fetus’ Destroy The Opposition is a vital pieces of death metal’s development after the ‘90s. The song’s enraged anti-religious lyrics are all well and good, but the mixture of brutal speed and breakdowns that back them are really the star of this one. Not only that, but the song’s opening also includes arguably the most identifiable pitch harmonic heard in metal music. Every time Dethklok swears, you have this track to thank for the WHIRR you hear over it."

READ THIS: The 15 greatest death metal albums of the '90s

13 Of The Best Songs About Mothers

This Mother's Day, blast these 13 songs about the woman you never call.

Listen to the latest single from the Tennessee deathcore heavyweights, then get blasted by them live.