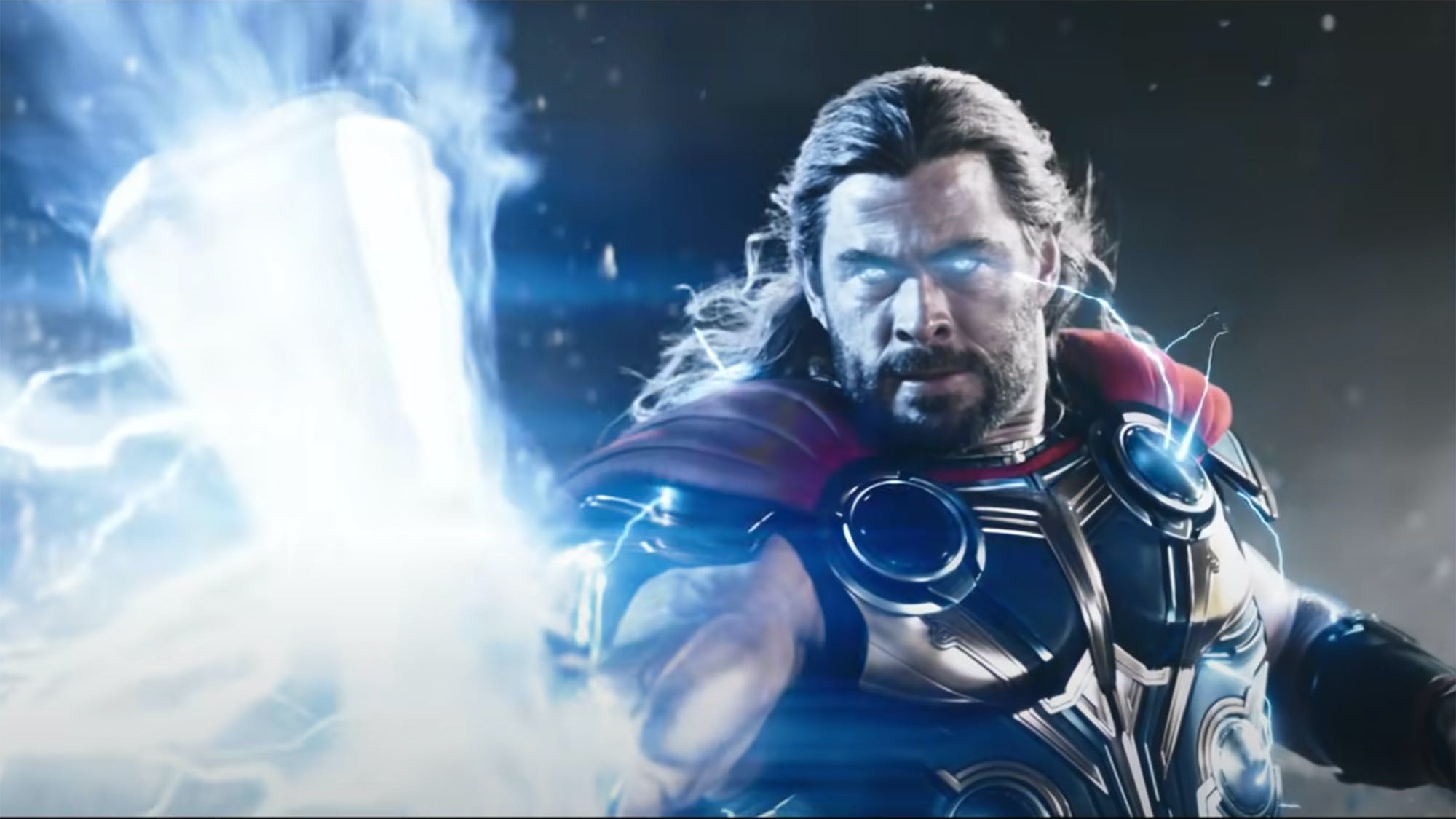 There seem to be a lot of vacancies in the UK government at the moment. Being a government minister seems like a pretty well-paying job, and based on the yahoos that are doing it, seems like a piece of piss. Can’t hurt, right? Has to beat working for a living. But while you sort the forms out, you might as well watch something fun.

In cinemasThor: Love And Thunder

Bringing the same charmingly unhinged energy that made Thor: Ragnarok such a blast, director Taika Waititi returns for another outing with Chris Hemsworth as Asgard’s hunkiest son, trying valiantly to stop Christian Bale’s Gorr The God Butcher from living up to his name. Thor’s not the only Thor, though – Natalie Portman’s Janes Foster is back, and is now… also Thor. Bit of a Thor point? Big, bold, deeply silly and at times pretty danged metal.

What if, in the first few minutes of Superbad, one of the main characters died then returned as a ghost? That’s sort of the premise of this eight-episode comedy; an incredibly likeable if tonally uneven combination of high school hijinks, beyond-the-grave buddy comedy and vague “Instagram’s silly, isn’t it?” social satire. Fun, daft, short, breezy and incredibly easy to watch, it’ll have you wishing for a spectral BFF.

Based on a 2017 short film by the same creative team, this is oddly the second big-screen outing for David Earl’s cult character Brian Gittins – he showed up in Ricky Gervais’s Cemetery Junction, which this is otherwise entirely unrelated to. Charmingly weird and weirdly charming, it follows Brian as he builds a robot companion to stave off loneliness, with, like, oddly heartwarming results? It’s a different scale of filmmaking entirely to the bombast of Marvel; a kooky, weirdly life-affirming story. Lovely stuff.

A horror where the villain is a baby feels perfect for these absurd times, where reproductive rights are being batted about like political shuttlecocks. Is it a metaphor, or is this baby literally trying to kill people? Why not both? Funny, brutal and courageous, it’s an unflinching look at what it means to be a parent, while also an extremely angry middle finger to those who feel that role should be thrust upon those who don’t want it.

A lot of things out beginning with B this week! Wow! Starring Taron Egerton and the late Ray Liotta in his final role, Black Bird follows Jimmy Keene, an almost-was who slipped through the cracks of life and ended up in prison. He’s given a chance at freedom, but a horrendous one – befriending a serial killer in order to find where he buried his victim’s bodies. Gripping and disturbing, featuring the guy from the really funny I Think You Should Leave sketch about the actor who keeps getting his lines stolen (Paul Walter Hauser) as, er, the monstrous serial murderer.

Sleep Token will headline the Friday of this year’s RADAR Festival, while The Callous Daoboys will be making their first-ever UK appearance…