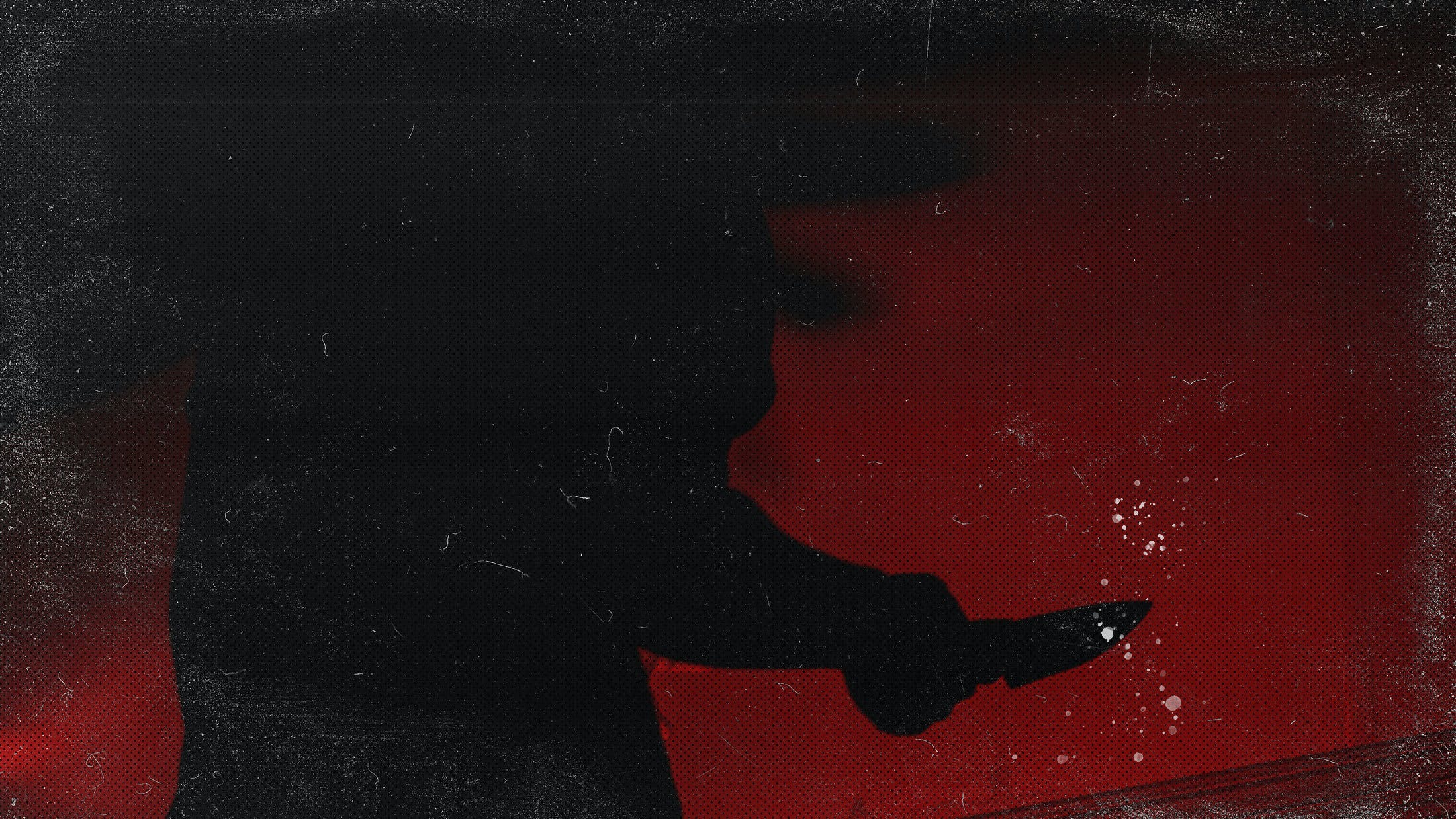 In recent years, gory tales of serial killers have become big business. From big-budget Hollywood movie Zodiac and recent Netflix series Dahmer, to countless true crime podcasts, grisly stories about the grim side of human existence are actually kinda fascinating, so it's no surprise some of our favourite bands have taken inspiration from the world's most notorious murderers.

Below are the stories behind a dozen songs that have all been inspired by some of the worst people to have ever lived.

Let’s begin, shall we?

Taken from the dark punks’ 2005 album Crimson, Sadie is about an accomplice of cult leader Charles Manson’s called Susan Atkins – also known as Sadie Glutz. She was one of a number of Manson’s followers who carried out nine murders in July and August 1969 at his urging, including Sharon Tate and her unborn baby. Sadie was found in possession of knives and a broken piece of Manson’s .22 caliber revolver. The song, which is actually sympathetic towards Sadie, includes a fragment of her testimony read by Heather Hannoura (later Gabel), who designed Alkaline Trio’s iconic heart and skull logo.

If the title of this brutal Slayer song – from 1990’s fifth album Seasons In The Abyss – doesn’t tell you what kind of person Ed Gein was, then the lyrics certainly do. Technically, he wasn't a serial killer as he's only confirmed to have murdered two people, but he would mutilate corpses exhumed from graves and make ornaments from his victims’ bodies – including, yes, their skin – and the song offers a gruesome portrayal of Ed’s twisted psyche: 'Dance with the dead in my dreams / Listen to their hallowed screams.' The track ends with a woman’s voice, presumably one of his victims, pleading to be let go: 'I don’t wanna play anymore, Mr. Gein. Mr. Gein this isn’t fun anymore.' An incredibly disturbing song about an incredibly disturbed individual.

There are plenty of songs about Britain’s most famous serial killer – including tunes by Rancid, Judas Priest and Nick Cave & The Bad Seeds – but few bring him and his late 19th century crimes to life as vividly as Motörhead. Taken from the band’s 10th album, March Ör Die, Lemmy’s guttural growl is both sinister and creepy. 'Tall dark stranger, knocking your door / Looking through the window / It’s you he’s looking for,' he sings menacingly, and it really feels like something out of horror movie. Of course, Jack The Ripper was as real as real could be, murdering at least five women and disemboweling them to varying degrees.

This groove-laden song from Jane’s Addiction’s debut album feels almost too gentle given that it’s about Ted Bundy. One of America’s most notorious serial killers, he admitted to killing 30 women between 1974 and 1978. Murder was just the beginning, however, as he would return to the scene of his crimes and engage in necrophilia with the corpses until putrefaction. He also fully decapitated at least 12 of his victims. Yet while the music might not be that brutal, the band used a sample of a Ted Bundy interview from just before his execution, making it incredibly real and disturbing.

At The Drive-In – Arcarsenal (Jeffrey Dahmer)

One of the most notorious serial killers in the history of serial killers, Jeffrey Dahmer became known as the Milwaukee Cannibal after killing 17 men and boys between 1978 and 1991. He didn’t just murder them, though: his crimes involved rape and dismemberment, necrophilia and cannibalism. It really puts the line 'Have you ever tasted skin?' from this frenzied, frantic and ferocious opener of 2000’s Relationship Of Command in a whole new light, doesn’t it? It’s made all the more intense because it’s in the first person, putting you right inside Jeffrey’s incredibly twisted and tortured head.

Okay, sure, Armin Meiwes – also known as The Butcher Master and The Rotenburg Cannibal – isn’t actually a serial killer because he murdered one person. But the way in which he did so is so screwed up and disgusting that it inspired Rammstein to write this song. Mein Teil (which translates as My Part) tells the story of how Armin, thanks to a website for people with cannibal fetishes, found a victim, Bernd Brandes, who was willing to be killed and eaten. The pair lopped off Bernd’s penis and tried to cook it and eat it. He suffered massive blood loss and was drifting in and out of consciousness before Armin stabbed him in the throat and hung his body on a meat hook. Which is perfect fodder for a Rammstein song, isn’t it?

Sex Pistols – No One Is Innocent (Myra Hindley and Ian Brady)

While this song only mentions the Moors murderers in passing – 'God save Myra Hindley, God save Ian Brady / Even though he’s horrible and she ain’t what you call a lady' – it’s obviously an incredibly provocative line that dominates this brash track from the snotty punks’ 1979 soundtrack album. Full of off-kilter, sardonic humour, the song was actually sung by Ronnie Biggs, the criminal behind the Great Train Robbery. Myra Hindley and Ian Brady killed five children aged 10 to 17 between July 1963 and October 1965 in the Manchester area, leading the former to be called “the most evil woman in Britain” by the UK press.

'Fuck the mothers, kill the others / Fuck the others, kill the mothers…' So begins the gloomy, noirish song by the gothy post-punks Siouxsie And The Banshees about Peter Sutcliffe. Better known as the Yorkshire Ripper, he claimed that the voice of God had sent him on a mission to kill prostitutes. In 1981, he was convicted of murdering 13 women and attempting to kill seven others. He was only captured after being arrested for driving with false licence plates, after which police started questioning him about the spate of killings and he confessed.

Between 1972 and 1978, John Wayne Gacy Jr. raped, tortured and murdered at least 33 teenage boys and young men inside his ranch house Cook County, Illinois. He became known as the Killer Clown because he would dress up as Pogo the Clown, a (terrifying) character he had created, for charitable services, fundraising events and children’s parties. Twenty-six of his victims were hidden in the crawl space of his home, something referenced in this brutal, punishing song from Fear Factory’s 1992 debut album Soul Of A New Machine.

On their 2005 album Shovel Headed Kill Machine, veteran thrash metal legends Exodus tell the story of Richard Ramirez. Also known as the Night Stalker, Richard – who was also a Satanist – terrorised residents of the greater Los Angeles area between June 1984 and August 1985 in a series spot home invasions. Using handguns, machetes, knives and a hammer, among other instruments, he tortured and murdered 13 people until he was finally caught. An overpowering explosion of vicious thrash riffs, this song is almost as brutal as the murders that inspired it.

Electric Wizard and Slayer have also written songs about the Zodiac Killer, but this Melvins tune – from 1991’s Bullhead – is a belligerent blast of sludgy, sinister noise. As of October 2021 the identity of the Zodiac Killer has finally been confirmed as Gary Francis Poste; up until now, though, only two of the cryptograms the Californian killer sent to the local Bay Area press had ever been solved. Operating between the late 1960s and early ’70s, Zodiac once claimed to be responsible for 37 murders, but there are seven confirmed victims at this point, two of whom survived.

While its 11 songs aren’t exclusively about him, American death metallers Cannibal Corpse dedicated the whole of their 1990 debut album to the “memory of Alferd Packer, the first American cannibal (R.I.P.)”. Full of gruesome lyrics – 'Hack, slice, chop, carve, rip and tear / Carving up your eyeballs, watch them sit and stare' from Scattered Remains, Splattered Brains, for example – that are matched only by the intense sonic assault of the music, this album is full of lines inspired by, but not limited to, Packer, a gold prospector in the 19th century who allegedly killed and ate the rest of his mining party.

The 10 most metal moments in WWE history

From flame-filled rings to demonic sacrifices, we look back at the craziest, most metal moments in WWE history.

MGK will be a playable character in WWE 2K22: “Now you can slam me through a table as much as you want”

Machine Gun Kelly has confirmed his huge involvement in the new WWE 2K22 game: as well as being a playable character, he’s also Executive Soundtrack Producer, and has picked the likes of BMTH, Poppy, KennyHoopla and more…

Lemmy's legendary ’tache has inspired a new partnership with Mötorhead and this year's Movember UK.

The 13 greatest uses of harmonica in rock and metal

It’s been a staple of blues, country and Americana for over a hundred years, but what are the trusty harmonica’s greatest appearances in heavy music?

The late, great Lemmy of Motörhead 'duets' with Ozzy Osbourne on this new, 30th anniversary edition of The Prince Of Darkness' Hellraiser…

The most important gateway songs in rock, as chosen by the fans

From Linkin Park to Guns N’ Roses to Paramore, these are the songs that have turned millions of people into fully-fledged rock and metal fans. To be fair, they’re all bangers.