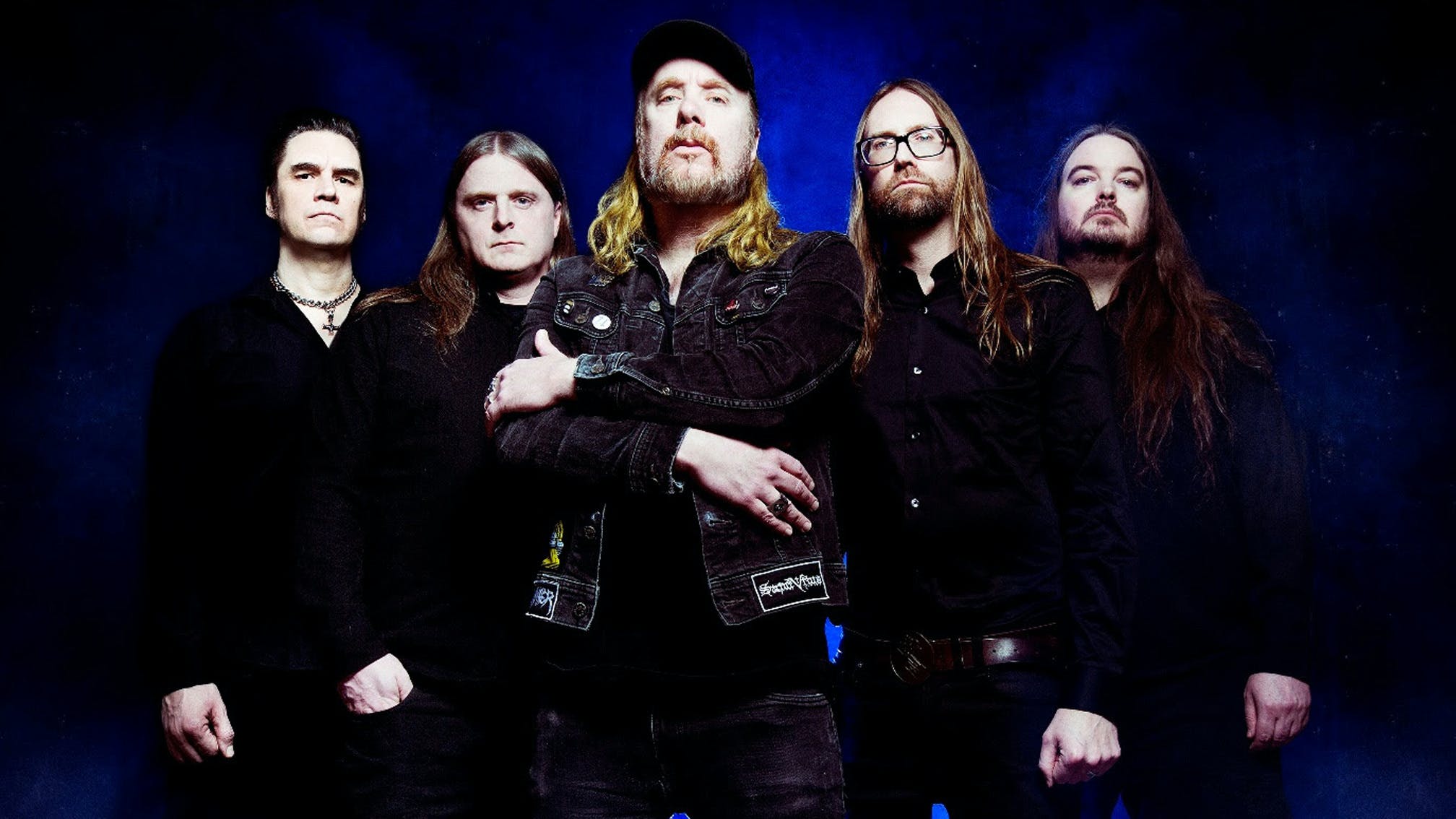 While Sweden has produced dozens of metal's most mind-blowing acts, few have had the massive influence on the genre at large as At The Gates have. The band's distinct mixture of energy, melody, and disillusioned fury made them one of the most important bands of the '90s, if not in all of metal history. And while their evolution and development over six studio releases is impressive, it's 1995's monumental Slaughter Of The Soul – perhaps the catchiest death metal record to ever grace the ears of the world – that truly cemented their place in the hall of the greats, inspiring entire movements of music in just 11 tracks.

So, we decided to look at some of the bands who owe At The Gates a heap of gratitude. Here are 11 acts who just wouldn't exist without ’em…

Given that they’ve solidified their own musical legacy several times over, it feels odd to think of Killswitch Engage as owing anyone their livelihood. But the similarities between KsE and ATG are immediately identifiable, both in the former band’s love of ultra-melodic riffing and their sugary, delicious guitar tone. Even these days, Killswitch continue to give At The Gates their due; 2019's Atonement sounds even more melodeath-driven than many of the band’s previous works. Thank God the boys from Gothenburg made their way into a young Adam D’s ears.

In many ways, Arch Enemy are more ATG’s peers than their successors, having released their debut the same year as Slaughter Of The Soul came out. But it’s more the development of Arch Enemy’s sound, and their rise to stardom, that is directly related to At The Gates’s talent. Slaughter… was a fertile seed whose impact and legacy bloomed just as Arch Enemy were hitting their stride with vocalist Angela Gossow. That a generation of music fans raised on the Brothers Björler were making music just as Arch Enemy were reaching a new plateau is no coincidence.

We Came As Romans

The string between We Came As Romans and Tomas Lindberg and co. is a long one, but give it a flick and you can hear it twang. Sure, one may not immediately hear a ton of Swedish melodic death metal in WCAR’s music – but one does hear plenty of metalcore bands like Killswitch Engage and Atreyu, whose music is directly influenced by ATG. The connection is an illustration of how an influential band not only touches all those artists they influence, but all those inspired by those artists in turn.

Part of The Black Dahlia Murder’s strength is how audible their influences are. Pounding hardcore, brutal death metal, and Swedish melodeath aren’t mixed in their music so much as their woven together, each audible even as they're intertwined with the others. As such, At The Gates’ riotous, rage-along sound can be heard in the Michigan quintet’s music from the get-go, with both bands’ riffs the kind that one wants to bend at the waist headbanging to. For the record, we'd buy tickets for this co-headlining tour in an instant.

Though Darkest Hour definitely have a lot of At The Gates’ pure melody in their music, the most defining similarity between the two might be the gallop. At The Gates have a lot of harsh, brooding moments, but their songs always bound along at an awesome breakneck pace. Similarly, Darkest Hour might be utterly scathing at times, but there’s always a ‘Charge!’ quality to their speed that matches up with the ‘Go!’ that opens Slaughter Of The Soul’s title-track. Darkest Hour don’t exactly walk the same paths as ATG, but they certainly sprint them.

Granted, At The Gates never got anywhere near as spacey or accessible as fellow Swedes Soilwork. The similarities between the two are more about pace and rhythm than anything else; even during their most elaborate moments, Soilwork have a bounce to them that makes even their most agonised and elaborate tracks feel entertaining rather than long-winded. No-one utilised that method as much as At The Gates, whose most brutal tunes are still a hell of a lot of fun. Must be something in the Kattegat.

One can immediately sense a difference in temperature between the tones of Gatecreeper and At The Gates – the former has the sweaty thickness of the Arizona heat, while the latter has the icy burn of the Scandinavian winter. But the sheer tastiness of Gatecreeper’s riffs – the oblong, serpentine melodic pull of them – couldn’t exist without At The Gates’ style. While the Southwestern quintet are usually aligned with old-school death metal over the melodic stuff of the ‘90s, the brilliant whirrs and catchy sonic hooks they tame in every song out them as sons of Slaughter.

Bay Area melodeath stalwarts Light This City owe plenty to At The Gates from the outset. Most noteworthy, however, might be vocalist Laura Nichol’s rasping shriek. Similar to Tomas Lindberg’s screaming, Laura’s vocals aren’t your typical growl-and-howl, but instead have a uniquely harsh quality to them that makes them sound less like someone pretending to be a demon and more just like a screaming death metal fan. That, coupled with the band’s well-layered guitar harmonies, make the band an obvious addition to the ATG cult.

Though definitely more Stockholm than Gothenburg in their tone and approach, Bloodbath still owe much of their sound – and the continued renewal of interest in them – to At The Gates. At the end of the day, At The Gates helped make Swedish death metal not just cool, but vital cultural currency in rock music. Bloodbath, meanwhile, were formed to play the kind of fun, exciting death metal that drew listeners to the genre in the first place, which has become more and more relevant as Sweden's melodic output became necessary to any metal fan's upbringing. In this way, the two are forever intertwined, and Bloodbath’s continued growth is owed in some part to At The Gates’ monumental rise.

While the New Wave Of American Heavy Metal as a whole was influenced by melodic death metal, All That Remains go especially hard on the appetising guitars that At The Gates championed. What sets them apart from the pack is how they’ve broken out with the style, vaulting over many of their peers and achieving mainstream success with what are essentially Gothenburg riffs. Becoming a generation of everyday rockers' favourite band with the style behind such hits as Suicide Nation – not a bad look.

Obviously The Crown’s riffs and gallop have lots of ATG’s influence apparent in them. But it’s more their approach that feels reminiscent of Gothenburg’s finest: furious and straightforward, but not without some small amount of malevolent glee. Even at their most bludgeoning, The Crown make metal that can be smiled along to, much like that of At The Gates. Of course, there’s also the fact that ATG frontman Tomas Lindberg was the vocalist on their epic 2002 album Crowned In Terror, but even without that obvious connection, the two bands are obviously brothers in arms.

The 20 Best Songs Specifically About Halloween

To celebrate the greatest night of the year, here are 20 tracks about Halloween proper.